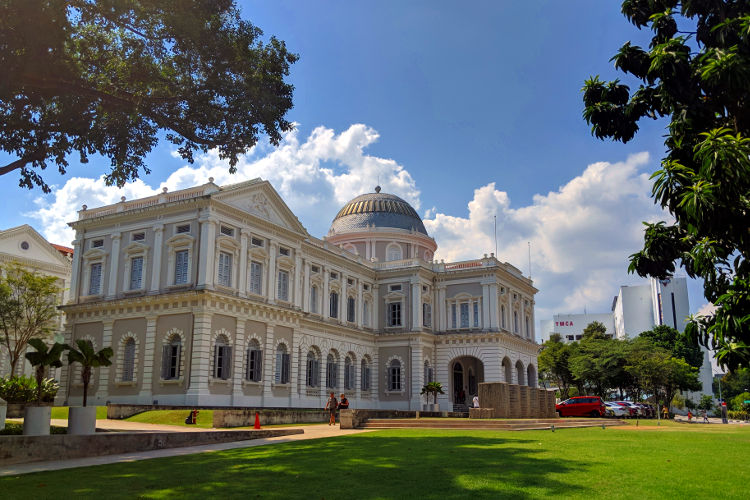 Let’s go to the National Museum.

Anything to get out of this heat…

Everyone, whether they are aware of it or not, are apart of a bigger community and have a history all their own. Singapore, like many places, have dedicated institutions that document their history for all to experience and just maybe enhance their own ever evolving story.

The National Museum of Singapore is just such an institution. Through the use of actual historical items and technology they highlight the country’s story throughout time:

I would go into the many different types of exhibits that they have available but we primarily came to enjoy their Chinese New Year festivities in the form of Lion dancing (and air conditioning).

Located at the North East corner of Fort Canning off Stamford Road, the National Museum of Singapore is in a building that architecturally exudes old English style, while the interior blends the past with the technology of present modernity. 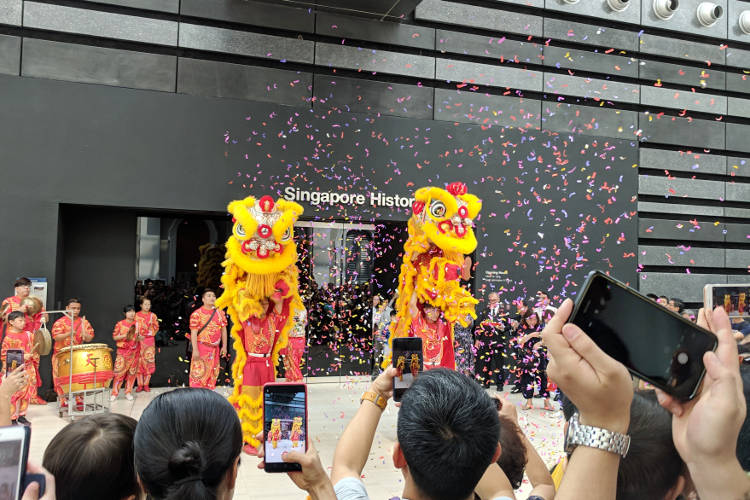 Lion dancing always draws Nadia’s attention. Be it nearby or over yonder, where ever she hears the unique lion dance drumming she will come a running; which means I’ll come a running too. Which leads us to the National Museum of Singapore for their Chinese New Year celebration with all the traditional lion dancing you could ever want.

There are many stories as to the origin of lion dancing ( I like the one about the monster Nian), but what it has ultimately come to represent is the driving away of evil spirits and the desire for good luck in the upcoming future. The practice split off into 2 styles: 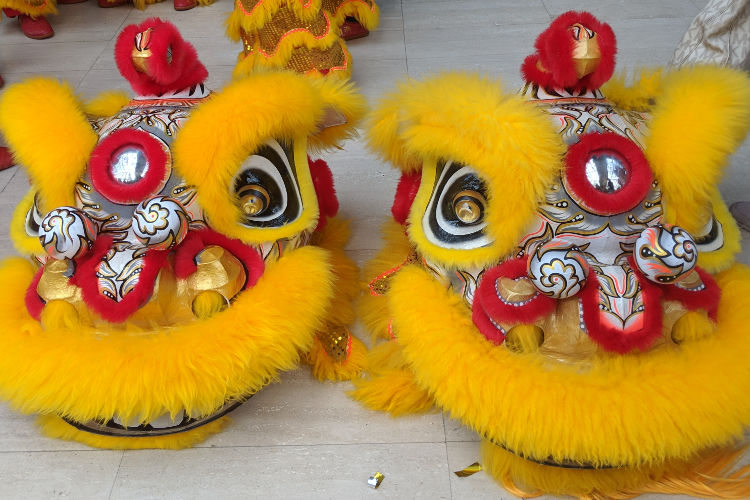 Whatever the case, Nadia simply loves watch the fluid movements of the lion bobbing to and fro to the beat of the Chinese drums and gongs. I have to admit that it’s quite hypnotic….

Till the kids, both big and small, force themselves through to the front. 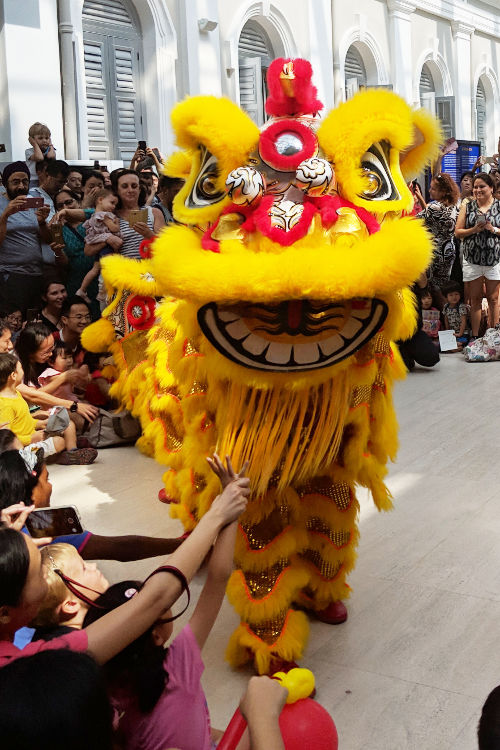 Touch me for luck! 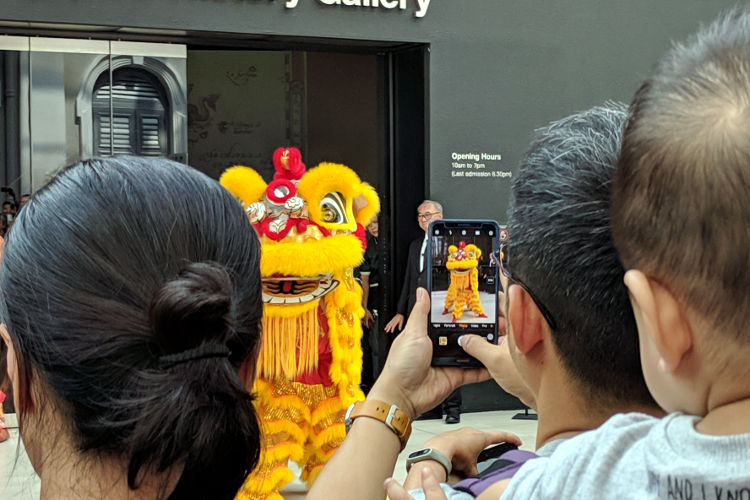 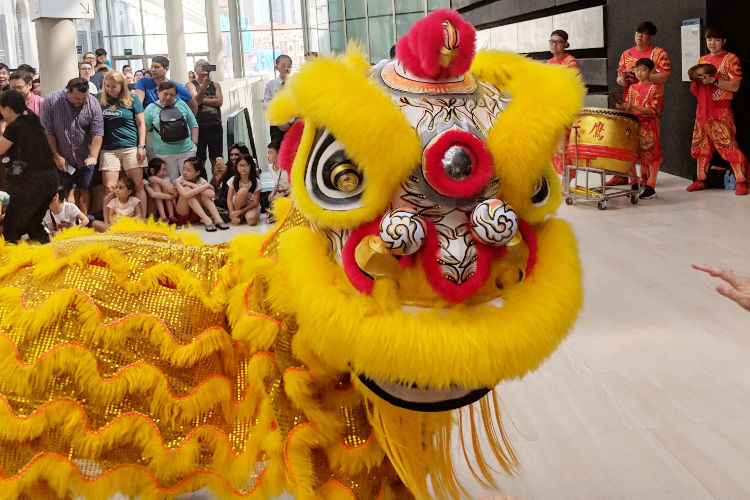 Are you looking at me?

For a country that has been around for less than a century, Singapore has a lot to show for itself and a lot of it is housed in the National Museum. Though to be fair, there are a few other museums within Singapore that highlight certain aspects of Singapore, but the National Museum is the oldest of them all. 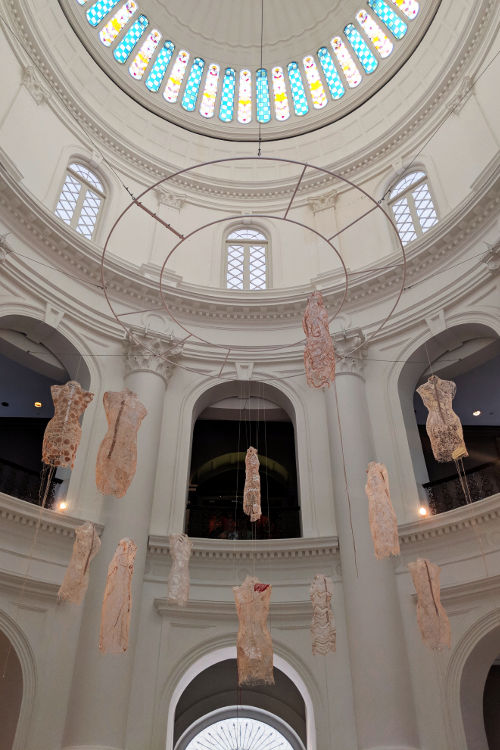 Totally missed this hanging exhibit rushing in to find the lion dance. 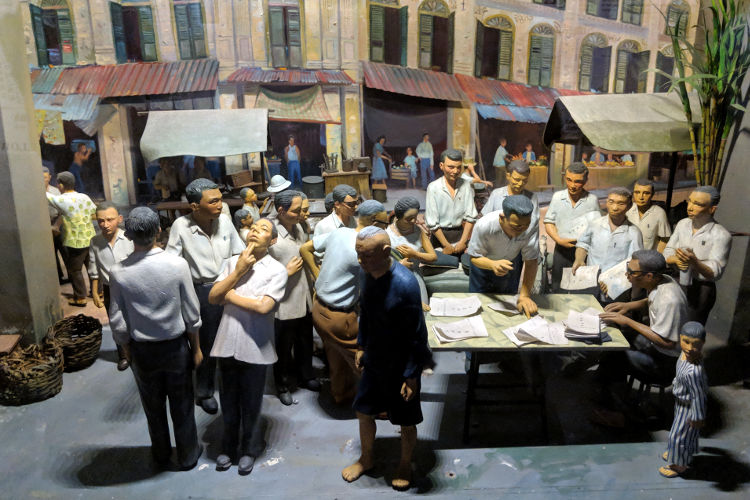 How times have changed… 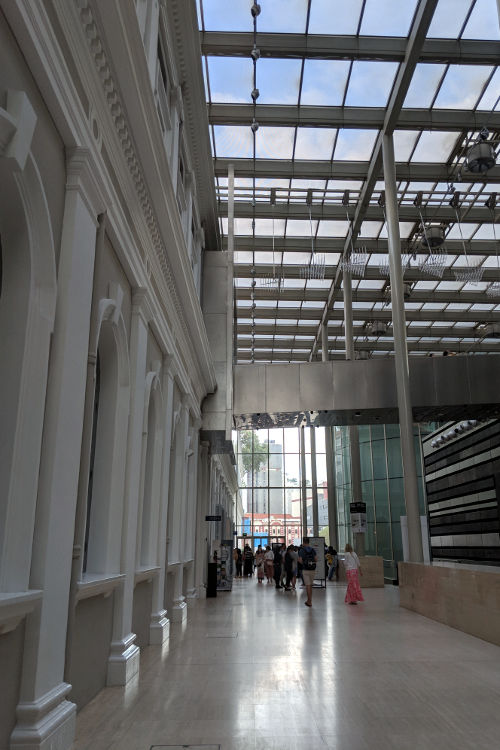 Where past design meets modern architecture. 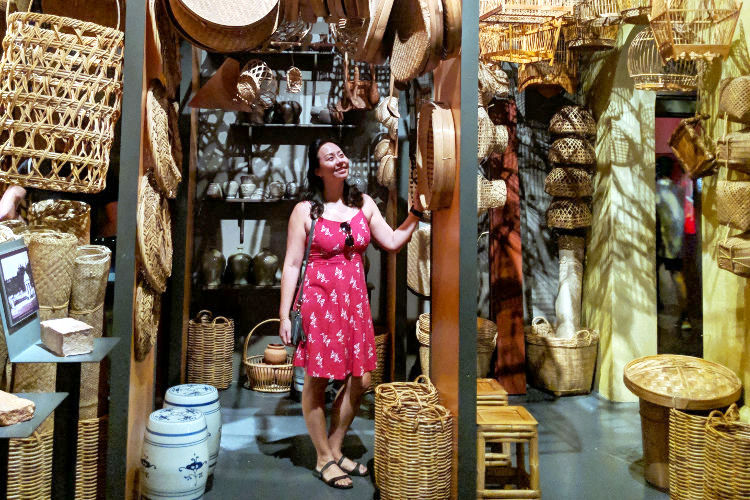 The National Museum is so vast that it has something to pique everyone’s interests. This guy, like myself, really appreciates the cold air conditioning. I suppose my constant yawning was contagious and he succumbed to it’s sleepy embrace. I almost fell asleep myself, till I was dragged away to further explore more of the exhibits. 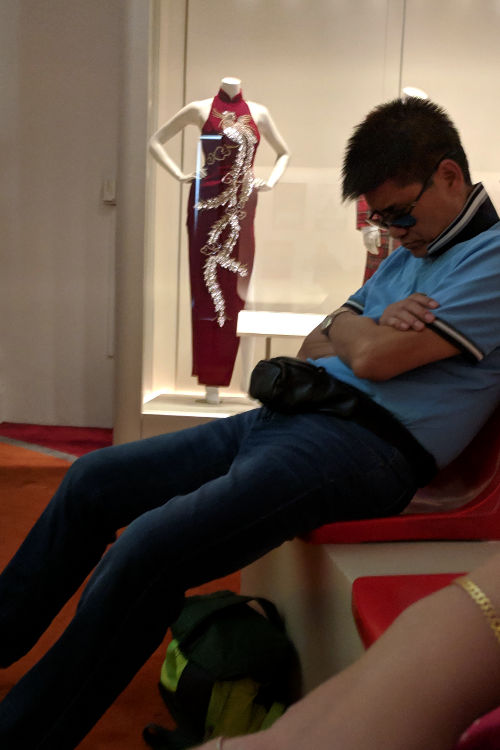 This guy loves this exhibit!

Enter the Rotunda of Light and Sound

I’ve been to this building before, but I’ve never entered the Rotunda before (usually you have to pay more to enter this exhibit). This dark and slightly eerie sanctuary of light, fauna and sound is all too enchanting; playing on all your senses. I’m not too sure, but there seems to be some sort of interaction in play between me and the electronic jungle before me. 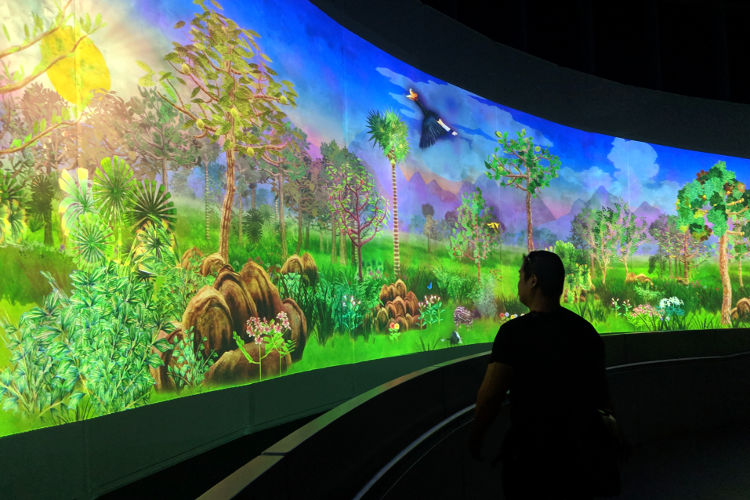 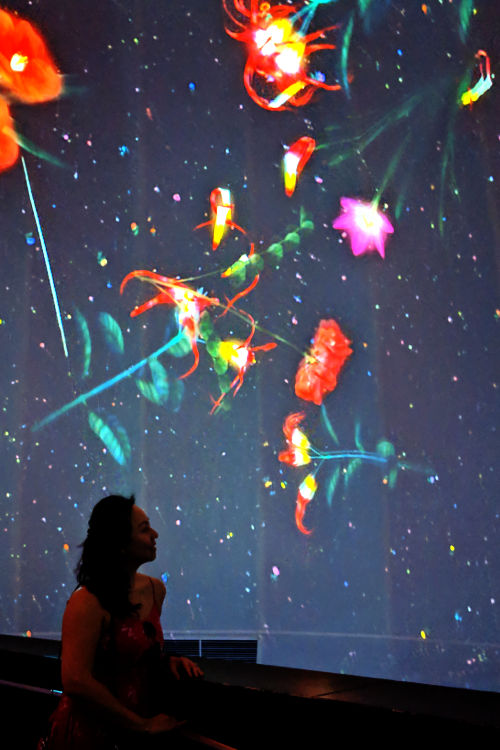 Losing Nadia to the falling digital petals of time and space… 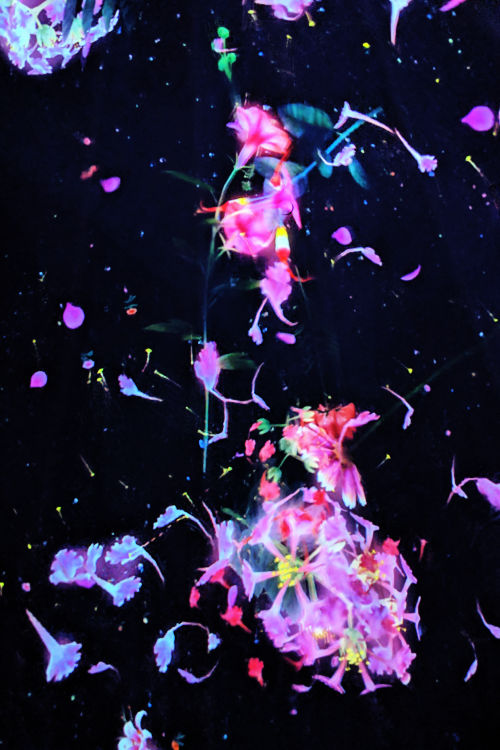 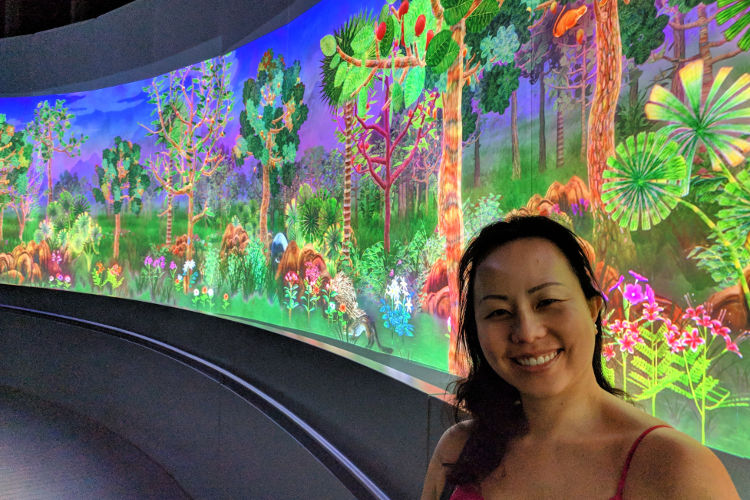 Nadia is much more entertained by all of this than me. 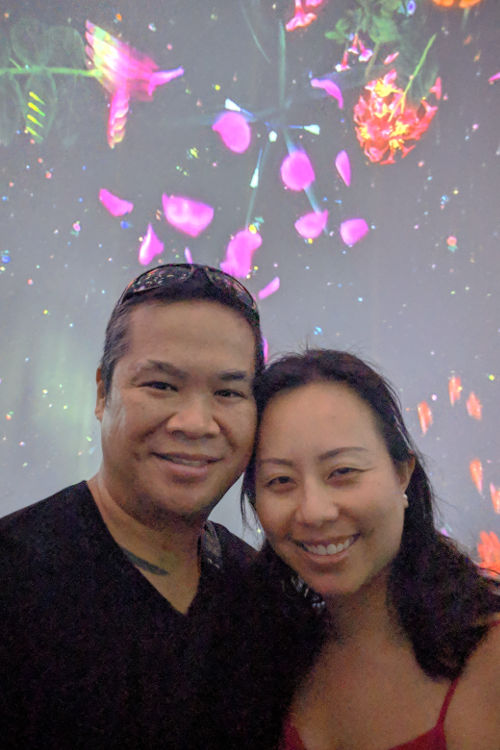 To the Future and Beyond

The National Museum of Singapore is a wonderful way to pass the afternoon learning about Singapore’s history and culture. Walking through all the exhibits combined with living in Singapore gives me a sense of creating history in some small fashion.

Who knows what the future holds? 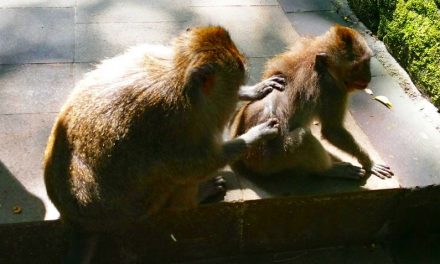 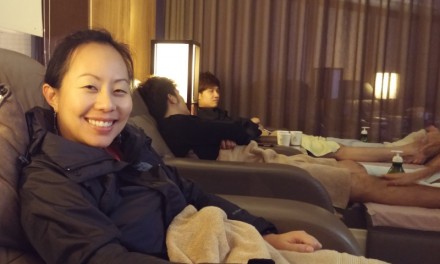 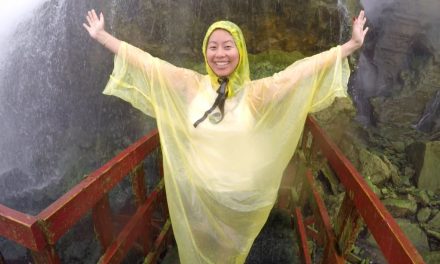 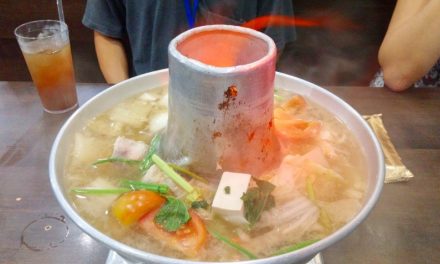