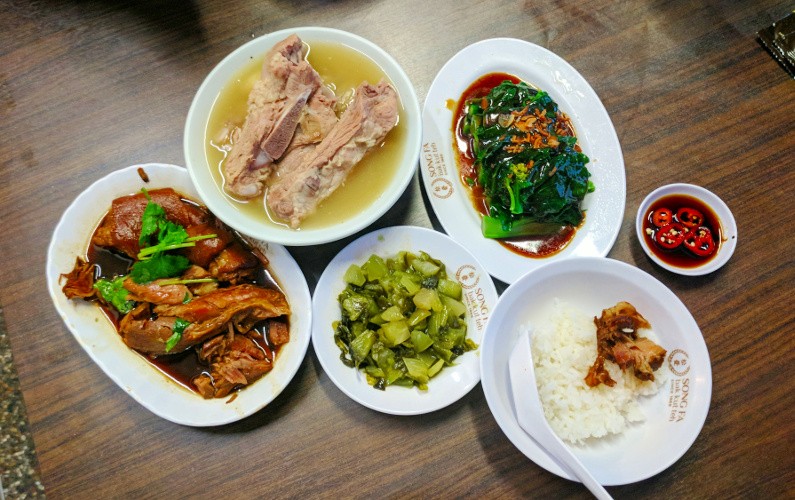 “Not exactly, the broth is more peppery.”

There’s nothing quite like a good meal, especially one shared with friends. Nadia and I were met up with an old friend who was in Singapore. She said that when ever she is in town that she loves to get Bak Kut Teh. I didn’t know what it was, but I trusted her tastes and figured it would be an adventure either way.

The way it was described it sounded like a Pilipino dish beef soup called bulalo. Considering that she’s Pilipino, maybe it was a case of being homesick. And since I forgot to ask her so I guess we’ll never know till I see her next.

In the meantime, I’ll tell myself that is the reason she likes it so much. Things that remind you of your childhood are strong motivators that shape you.

Song Fa Bak Kut Teh has its humble origins in a pushcart on the streets of Singapore, cooked for the masses. And as traditions go, this dish is usually served with some hot tea to help you process the fatty meal. Their peppery broth is equally addicting and sweat inducing. But what really turned me on this dish is the crunchy yet chewy stick shaped Chinese donut, Youtiao.

When I had that first bite, it reminded me of growing up.
But when I ate it with youtiao, I knew it was going to be a dish I’d eat into old age.

Nadia on the other hand is less of a fan of this soup than I am. It’s understandable though, she grew up eating the other bak kut teh varieties out there and this is simply a foreign flavor to her. It just means there’s more for both you and I. 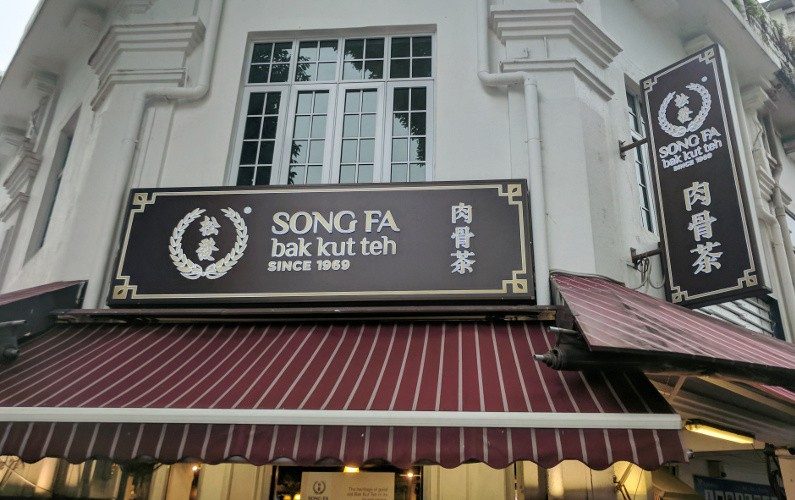 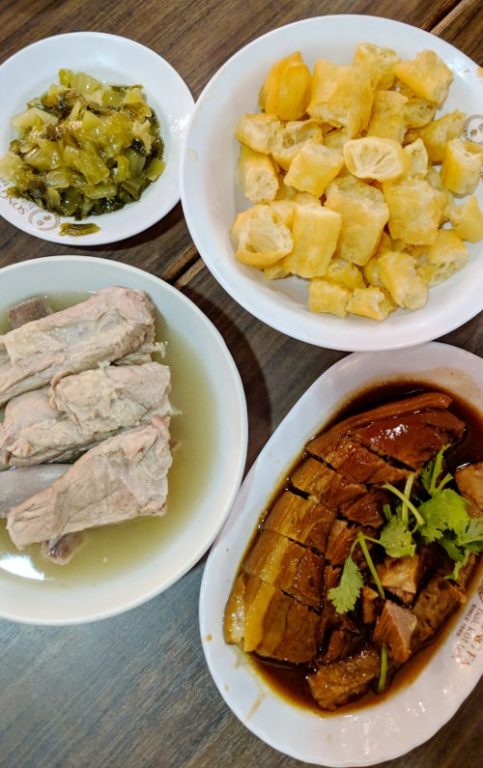 To say that I’ve never had this dish before would be a lie. I’ve had it before back in Malaysia but it tasted a lot differently over there. As I’ve found out with a of dishes here in South East Asia, cultural dishes that share the same name don’t always taste the same. It’s all really confusing for me because it’s such a new concept that I never considered.

The customary Singaporean way to eat this peppery pork soup involves the following: 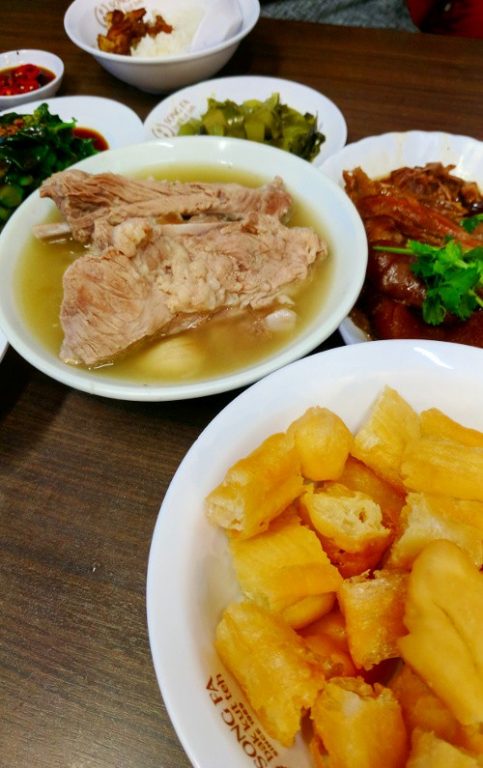 Another Angle of Song Fa Meal, Focus on You Tiao

What I like to do is leave a pork bone in the broth so they’ll keep topping up my broth…. To go with all the youtiao I ordered. 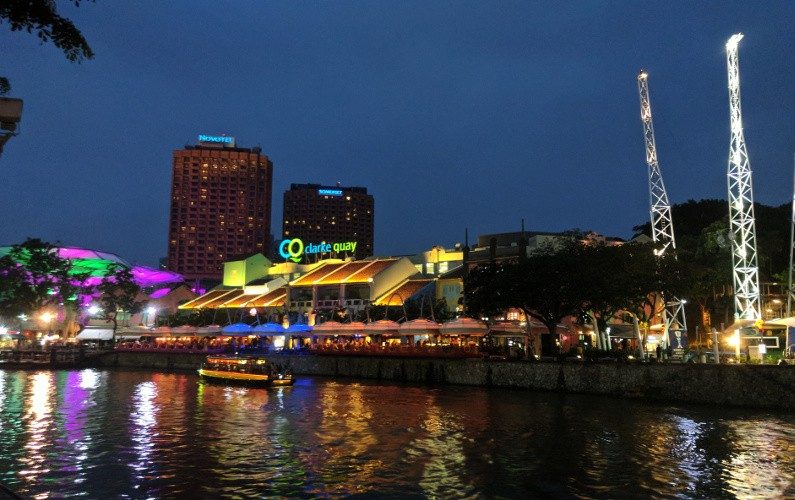 Just below crab, chicken rice and the ice cream Uncle, Bak Kut Teh makes my list of things to eat in Singapore. And I think you will too!

I need to go learn as much as I can about Bak Kut Teh! I think I know where to get all the needed ingredients. I’ve seen the broth packets being sold in the local Singaporean grocery stores but I haven’t had a chance to cook it myself. I can get pork there as well. I’ll have to track down a youtiao maker because when I get this going, I’ll need all that I can get my hands on. 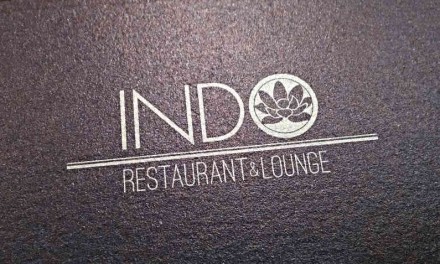 Putting the Indo in Indonesian 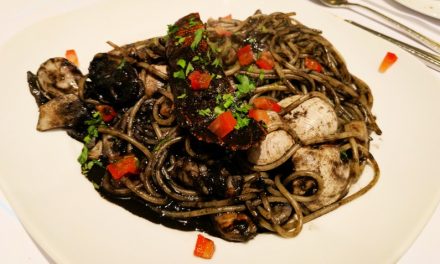 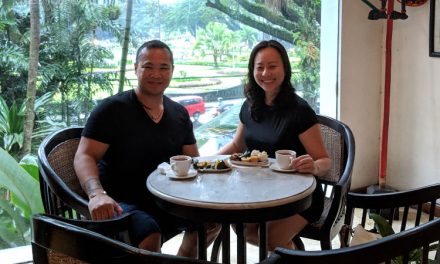 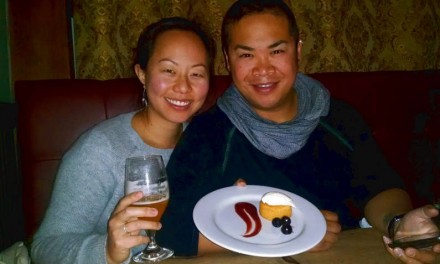