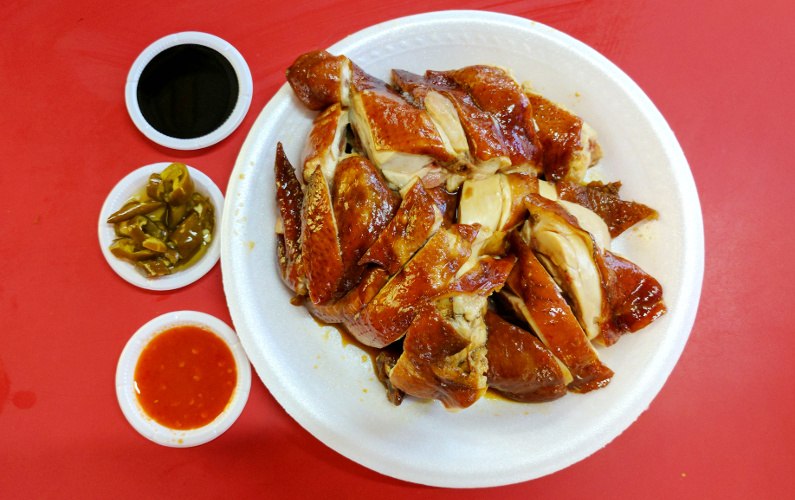 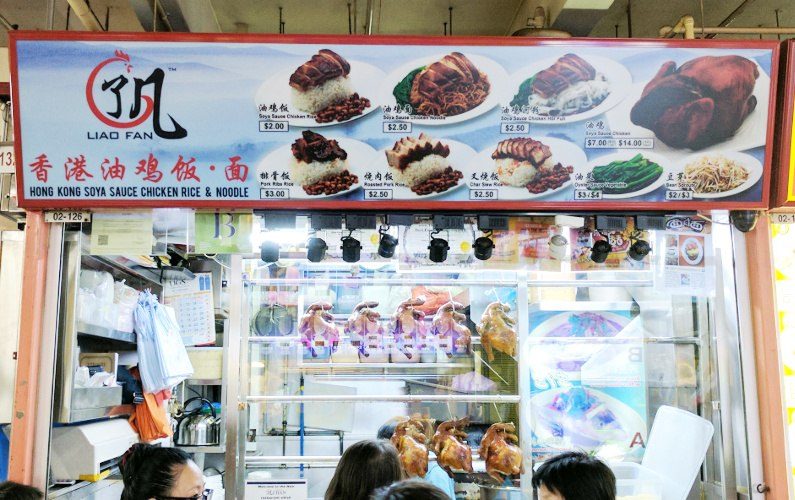 Whether this is biased or not, I can’t help it since we were on a journey… A journey of chicken rice! Previously, a friend had visited me and demanded that we go on a chicken rice crawl; and crawl we did (I’m just getting to write more about it now).

While a lot of Singapore hawker centers have chicken rice stalls, Maxwell Center in particular has a high regarded collection of such said stalls. And we ate at 3 of them… Before going onto other places like this one.

You would think that I’d be chicken riced out, however considering Hawker Chan’s the flavor and offerings are markedly different from what we’ve been eating all afternoon that it was actually a nice change of pace. 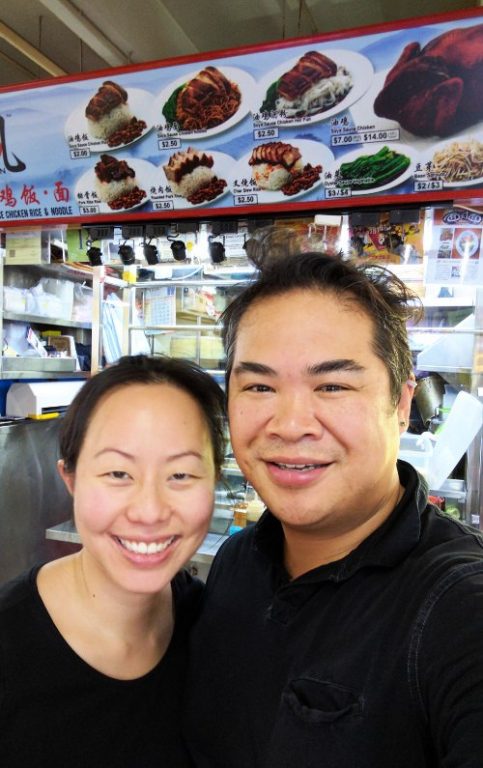 During the peak of the lunch hour rush, only has Tian Tian Chicken Rice been capable of creating long lines capable of competing with Hawker Chan’s lengthy lines. I know that if we got there when it opened, we wouldn’t have had a problem however that was not the case and we ended up waiting in line. And as with all lines that we decide to wait in, we eventually made it to the front to witness a camera crew highlighting the very same hawker.

It’s not everyday you get to watch an entire crew in the middle of a crowded hawker center do their thing and film people eating food. 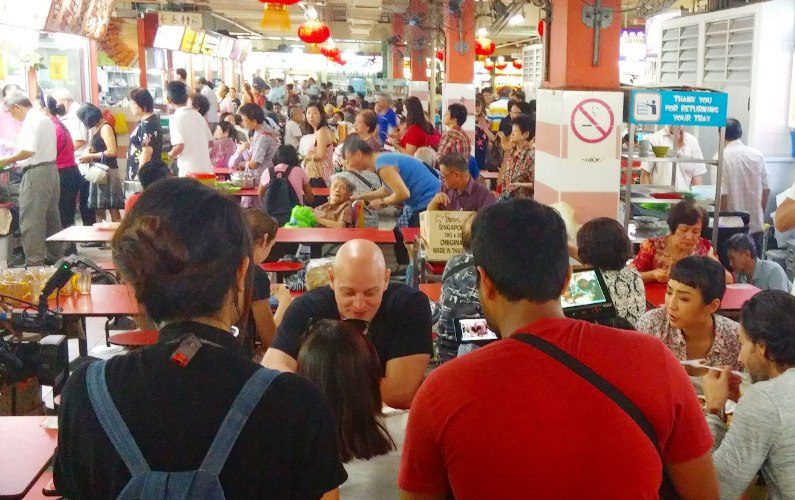 Liao Fan Hong Kong Soya Sauce Chicken Rice and Noodle is one of many chicken rice hawkers that have made a name for themselves by developing their own soy sauce cooking method that was highlighted as the “Cheapest Meal at Michelin-starred Street Food Stall” back in 2016.

This Chinatown Food Complex location is the original, the de facto, the stall that put Hawker Chan on everyone’s culinary radar. This is a different kind of chicken rice, apparently the Liao Fan cooking method differs not only from other chicken rice recipes but also from other soy sauce methods as well; incorporating soy sauce from the very beginning versus at the end like most places. 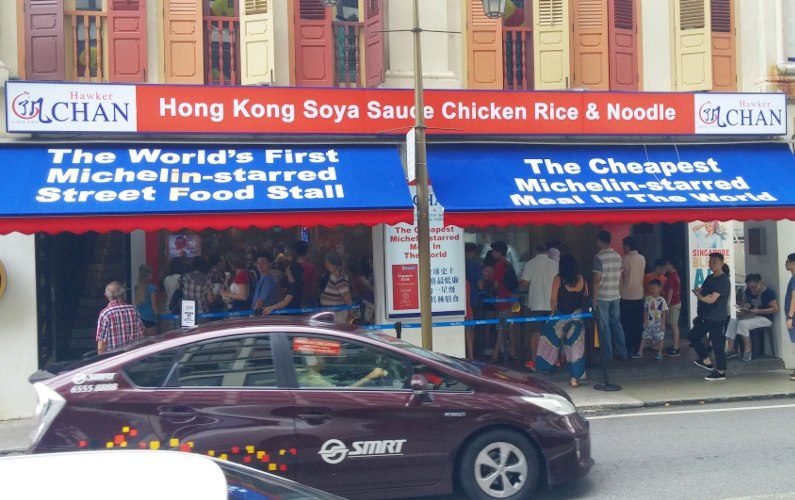 The original Liao Fan Hong Kong Soya Sauce Chicken Rice and Noodle hawker stall can be found on the 2nd floor of the Chinatown Complex in Singapore’s Chinatown. It’s good to know that it’s actually across the street from their newer brick and mortar location.

Not much else is different than their newer branch across the street other than:

Unless you have a nostalgia for the warm charm of the hawker center, or need to check it off your bucket list of food I would advise to go across the street and pay the worthwhile difference for the modern luxuries that branch affords you. 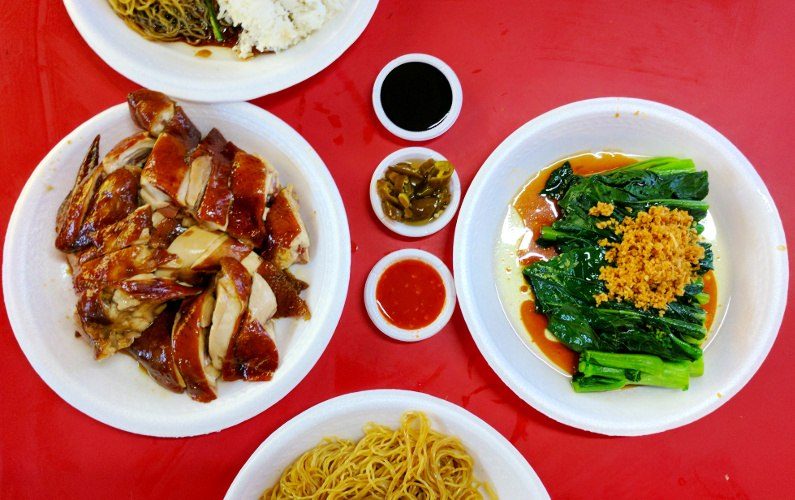 Always order as much as you can if it’s your first time so you know what you didn’t know before. At least I try…

Order everything that you’d order at the other location, but I tell myself that it tastes better because it’s more “true” to itself (whatever that means to help justify standing in line): 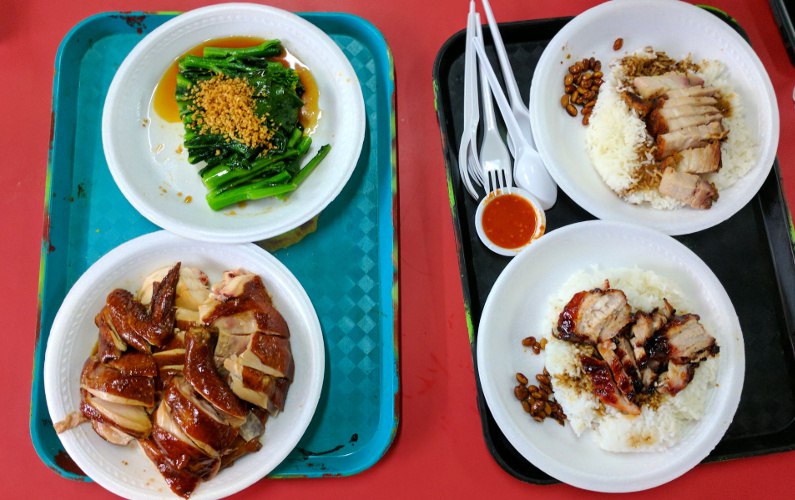 Get it all so you have a complete story of what to get. While I enjoyed most things, I didn’t think they were the Be All, Ends All of dishes that I could find elsewhere. I’m not saying it’s bad, it’s just that I wouldn’t eat soy sauce chicken everyday. While their other offerings are tasty to me, I have heard from others that they didn’t enjoy it as much as me but then again those particular people grew up eating Chinese food all their lives and have a more discerning palate.

It’s a solid meal that I feel, like many well marketed venues, places a lot of pressure on the vendor to live up to the hype. With that being said, it’s nice that I can get it all at the same stall versus hunting throughout the complex looking for various dishes. 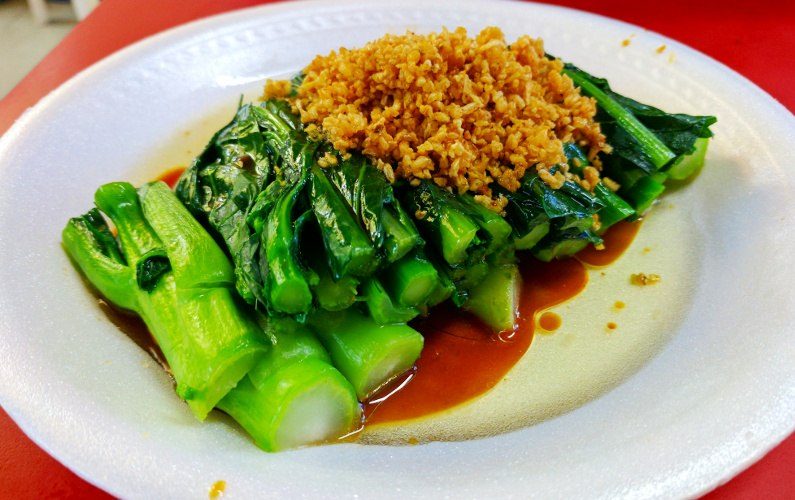 Like many places I’ve been to, I’d suggest going early to try it out and see for yourself if you like it. It’s a great option when you’re drowning in great food options BUT I wouldn’t wait in line for it (I only say that because I have waited in line for it and wish I hadn’t).

What are your thoughts on Soy Sauce Chicken Rice? 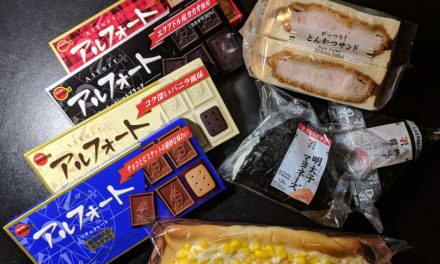 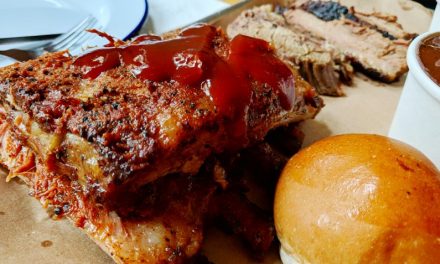 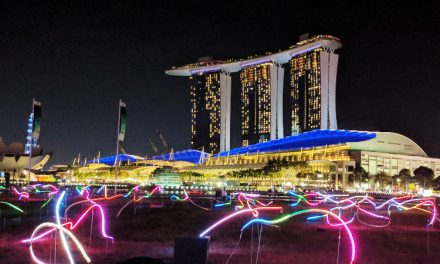 Caught in i Light Singapore’s Afterglow 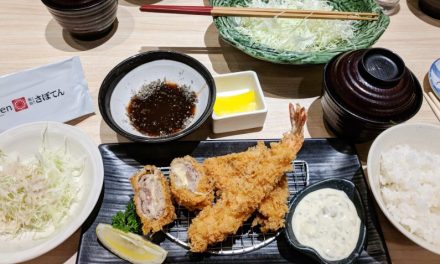