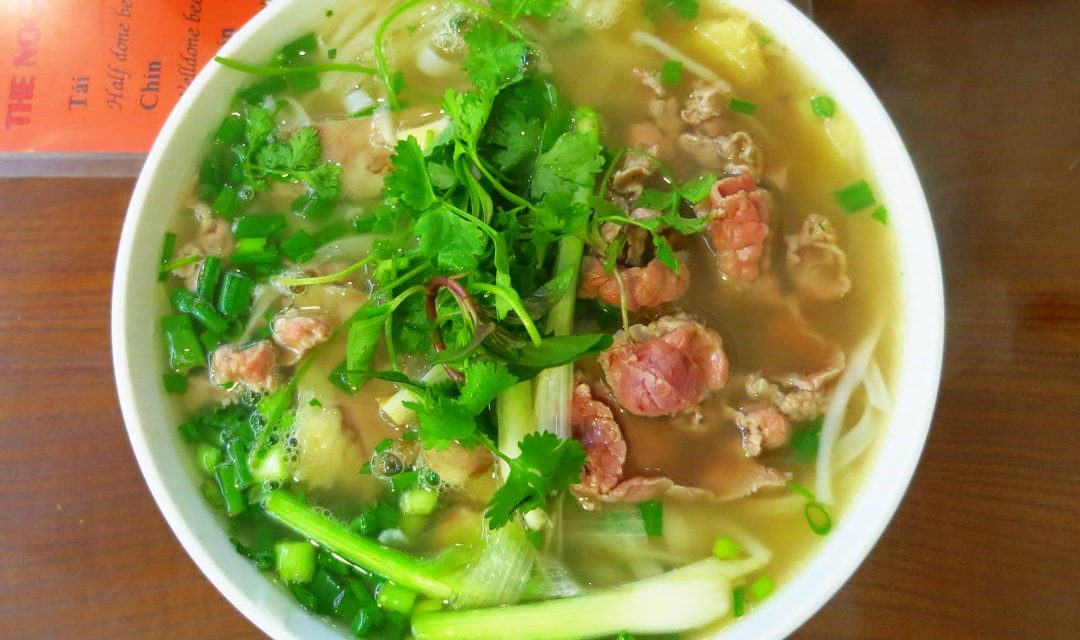 Eating a Bowl of Pho at the Local Favorite Pho 10

“Where should we eat for pho?”
“I read somewhere that a popular place is Pho 10…” 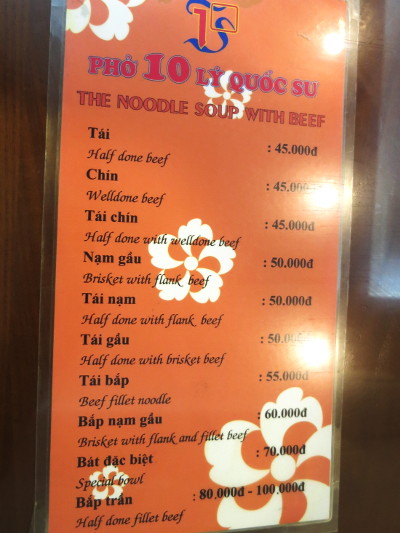 During our food tour, our guide Kiwi pointed out this restaurant as the most popular pho restaurant in Hanoi. So the next day when we were doing some exploring on our own, we knew we had to give it a try. Prior to coming to Vietnam, we were warned that the pho here wouldn’t be nearly as good as it is in San Jose, but we had to try it anyways! 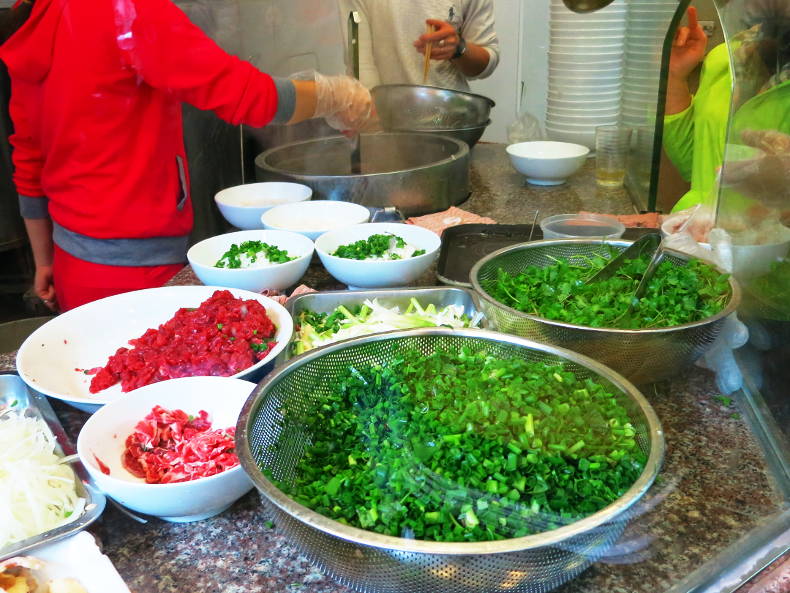 Walking into the restaurant you can immediately tell it was frequented by both locals and tourists alike. We grabbed the first open table we came across and sat down to check out the menu located under the glass of the table. At a glance, it is a pretty simple menu with just various cuts of beef that you can choose from. You’ll get the same great tasting noodles and broth in every bowl. Not too long after placing our order, the piping bowl of pho was placed before us. Served with the traditional accompaniments of greens, herbs, and chilis, the beef and the brisket was a solid decision. 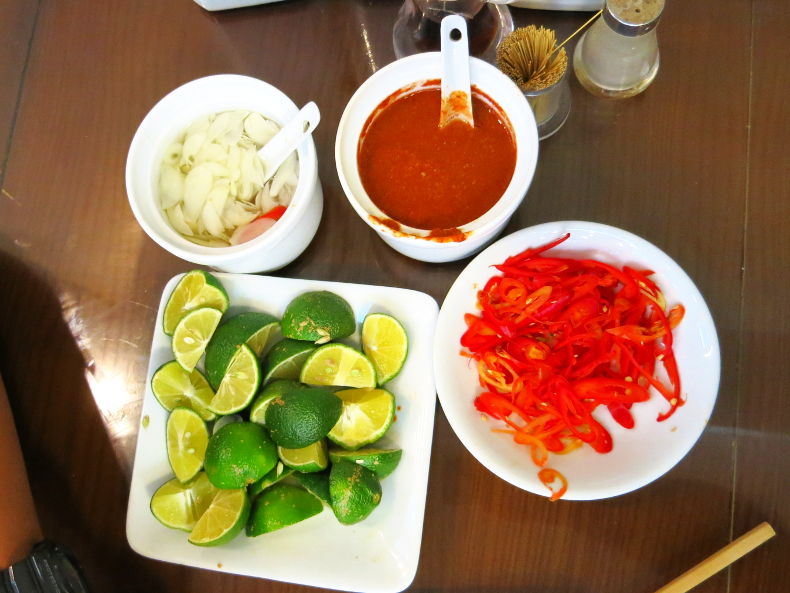 Was it the best pho I’ve ever had in the world? Unfortunately no… but at $2.50 a bowl and for the chance to try it in Vietnam, I’d say it was definitely an experience. To be fair I’m particularly a fan of my local #1 Bowl that has a variety of ingredients in it. On the other hand, I really have to say that Pho 10 does taste cleaner and healthier. 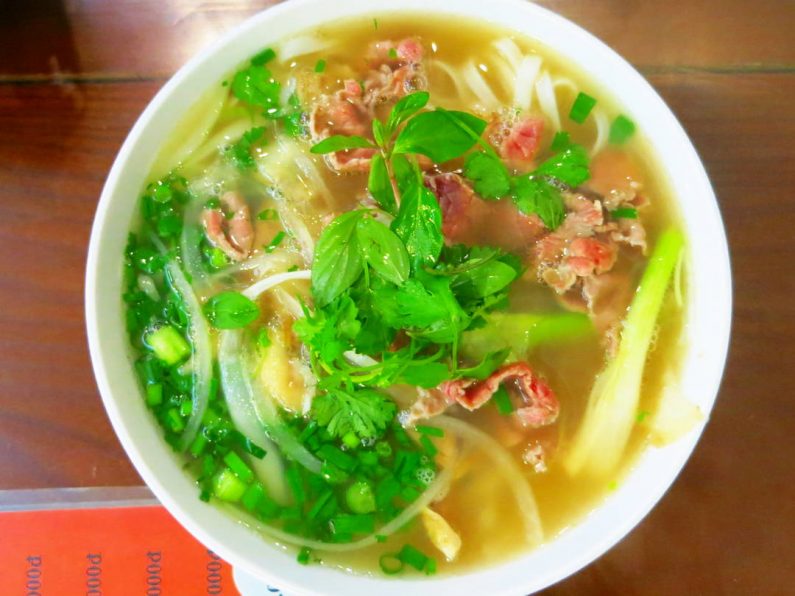 Worth trying at least once during your time in Hanoi but to be honest, the rumors are true. We felt that the pho back in San Jose is better. Other than that one visit to Pho 10, I’d recommend saving your stomach and eating more of the harder to find local favorites like Bun Cha! 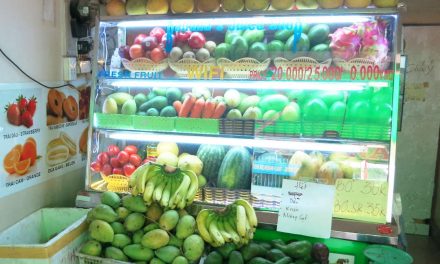 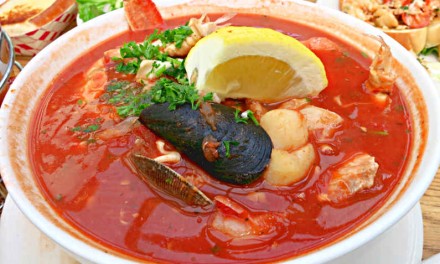 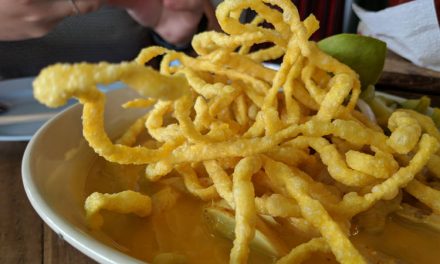