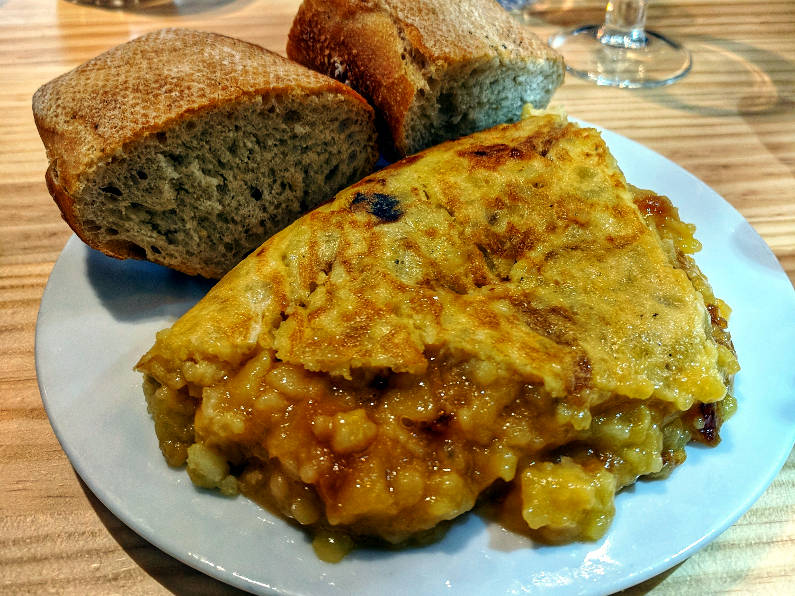 I need to get a quick bite…

Walking throughout Madrid, between parks, museums the occasional eatery helps break up a series of touristy walks. Walking north of the city center we found this area specifically for the “best tortillas” even though the pictures look like something else.

Being a sucker for the best of anything, we ventured into the unknown. Just north of central Madrid, you’ll find a lot of tasty things to eat. Specifically near the center of Mercado de la Paz, you’ll find this small but popular restaurant Casa Dani. 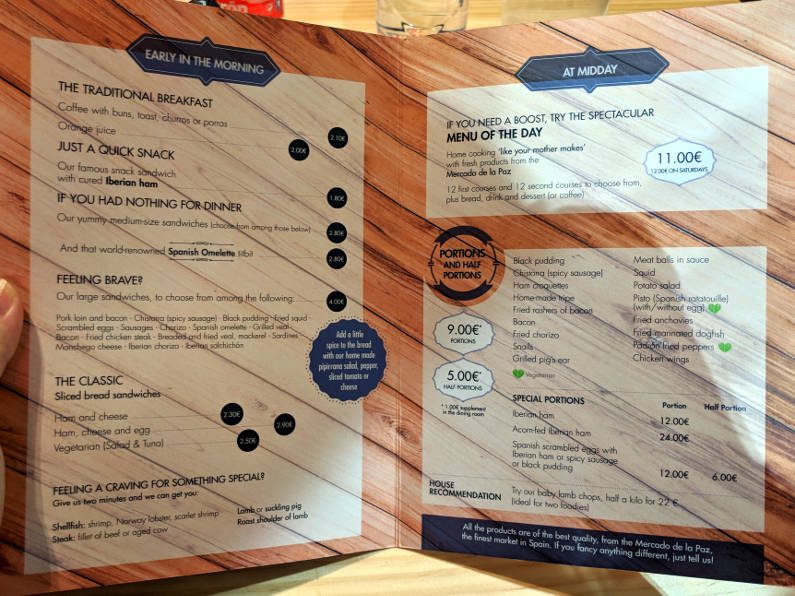 Upon sitting down, we dove into their house bread and whatever olive oil they had available. The combination of crusty bread and oil is something that isn’t typically experienced to often outside of Europe and is something I indulge in every chance I get.

We namely went here because we heard that they served a mean “tortilla” which in reality turned out to be a fluffy egg potato omelette. Surprisingly it was very filling for being such a small dish but it was probably due to more the amount of tasty potatoes filling the dish.

Nadia is very fond of Iberian ham offerings throughout Spain. She didn’t hesitate to try Casa Dani’s version of it which was a fresh tasting tomato slathered toast matched only by the distinct flavor of ham. 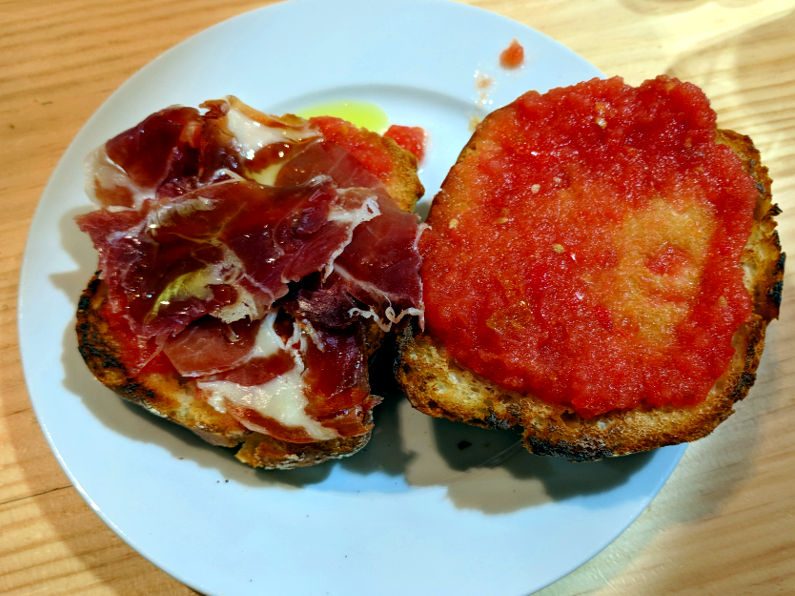 I Would Totally Go Here Again

If I was in the area again, I would totally come back again for a bite. I’ll see you again Dani! 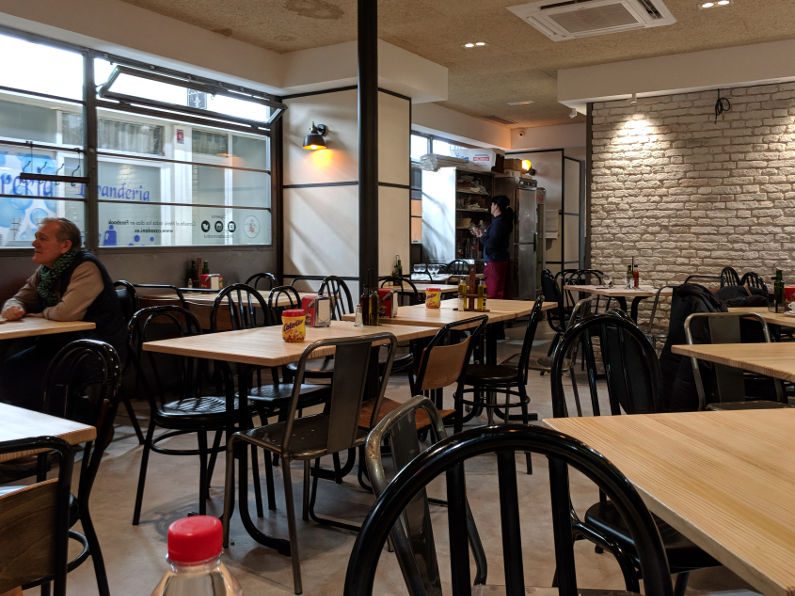 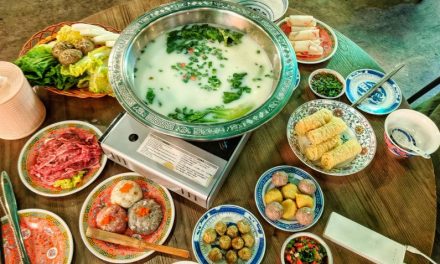 Start the Day at Cafetería Neila of Madrid 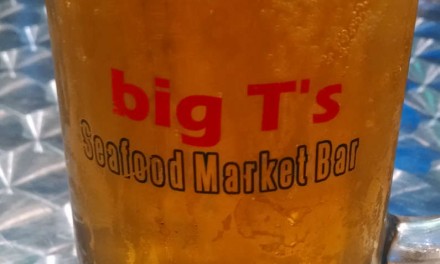 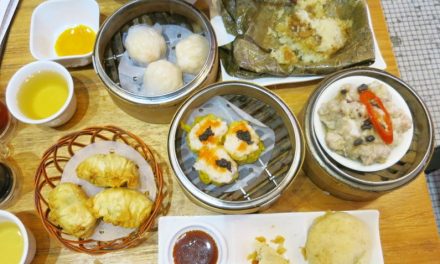