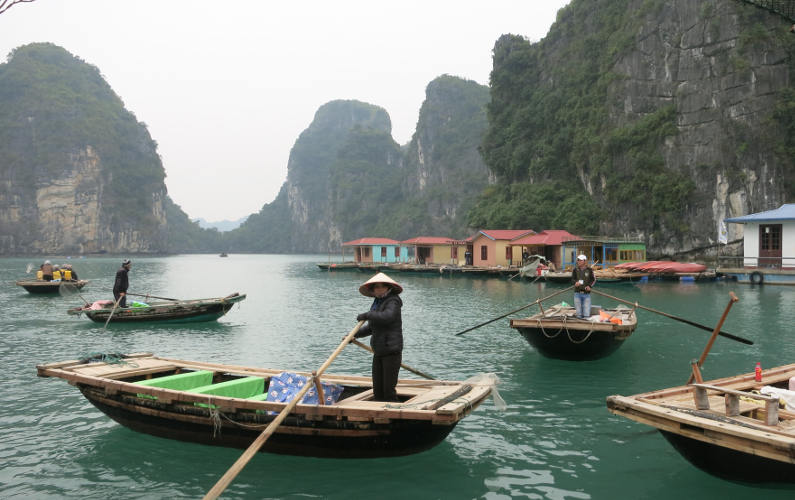 The final day started with an early 7 am breakfast, since we were still adjusting with the time zones and also went to bed fairly early and that was just fine by me. Breakfast again was z simple western style affair with eggs/a hot dog type meat and toast. 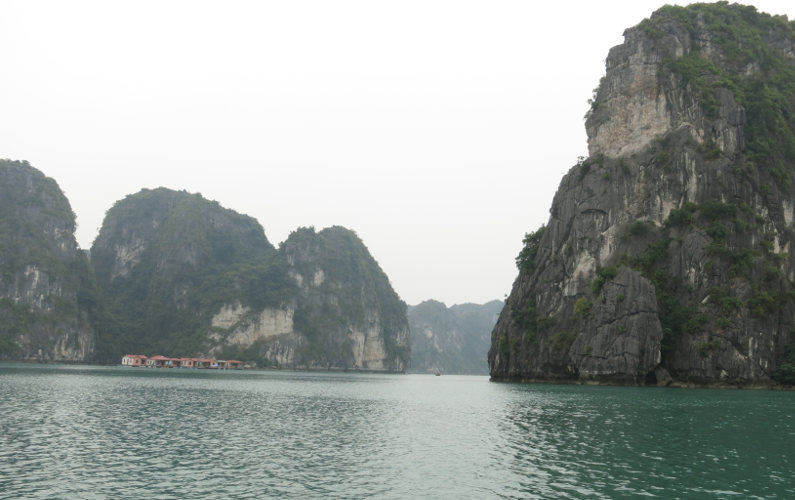 The activity of the day was a visit to a nearby fishing village where we would take a tour of the fishing village and also a pearl farm. We appreciated the context and the history of the farm that Tim has provided post breakfast for it gave us an idea of the type of people living in the farm.

Apparently there are 7 similar fishing villages in the area where groups of fisherman, approximately 300 or so with their families, live in this area. Although poor, they enjoy their simple sea life which comprised primarily of fishing. 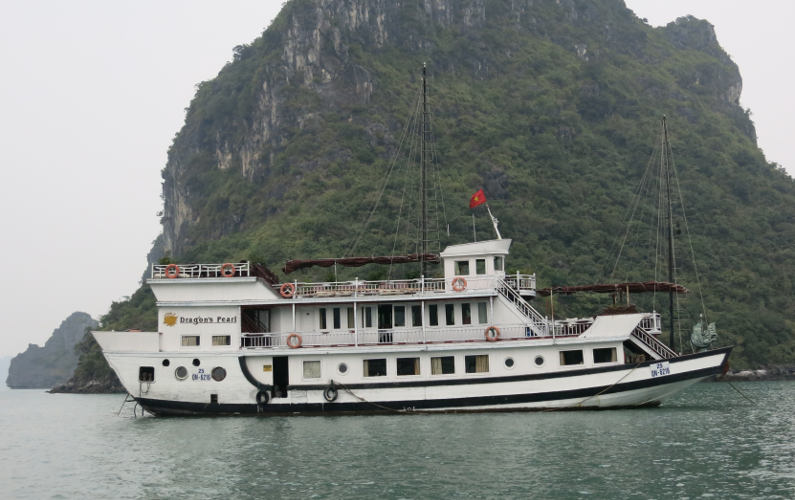 At the village after being taken to the dock by the tender, we were instructed to board an old school rowing boat where a local would row one (or in this case, around 7 people) around the area in order to check out the views, the gigantic rocks, and their homes. For us, this was where the whole trip went bad.

After seeing the size of the boats and knowing I wouldn’t be able to get any good photos from the back, I specifically asked for a seat on the next boat instead of taking a back seat on the first boat loaded up. However, Tim ignored my request and forced us onto the back of the first boat.

Because there was an odd man out without a group on our boat, not only did we have the back of the boat with two rows of people behind us, I also had the middle seat which made it almost impossible to take photos without someone’s head being in it. 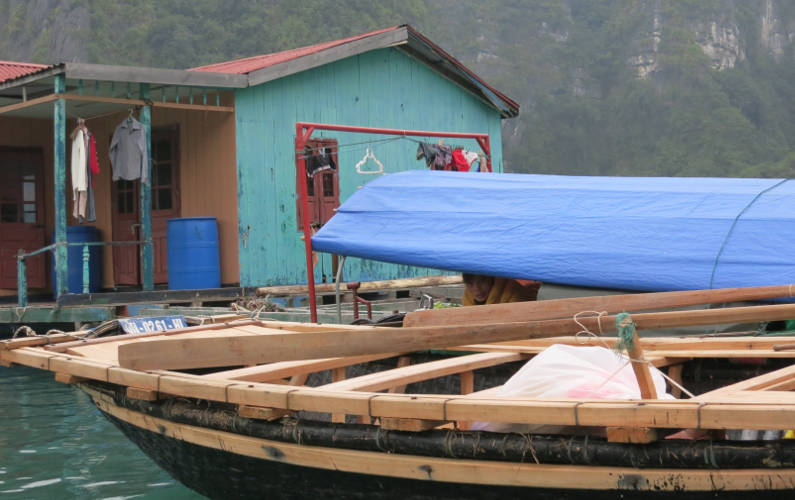 While normally if I didn’t make a request and got stuck in the back I would be fine; that’s the luck of the draw. But when we specifically asked for it and we were ignored which was super frustrating. Especially since the other couple (the one literally right behind us) didn’t even care where they sat and didn’t take any photos the whole time.

That was beyond frustrating and irritating. Also checking out the other boat with passengers from our boat even Tim got a better seat for himself at the side of one of the boats than I did, being literally surrounded by people. 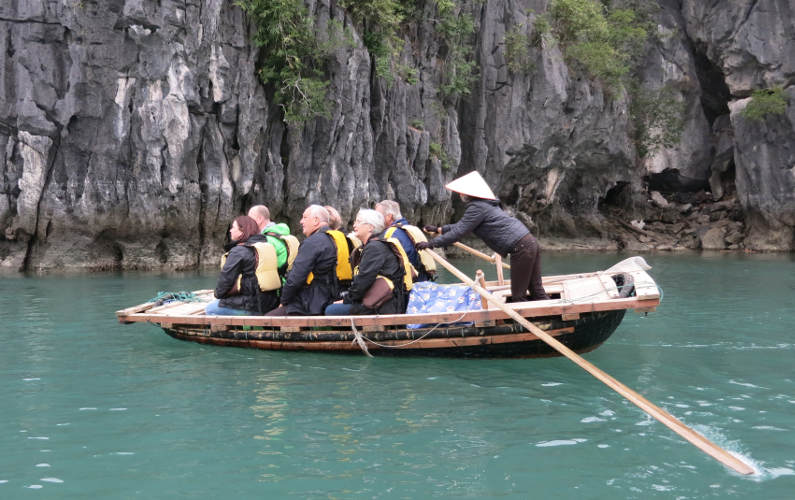 I’m sure he’s been on the ride multiple times before yet this was a once in a lifetime for us, that was just simply not nice. I just want to point out that this boat ride is not a short one. It’s a long one… think a couple hours long… literally, stuck in the middle. From there, despite the views it was hard to concentrate especially whenever there were good shots that were completely blocked and/or with the sides of peoples heads in it or an odd angle since we tried to block their heads out. 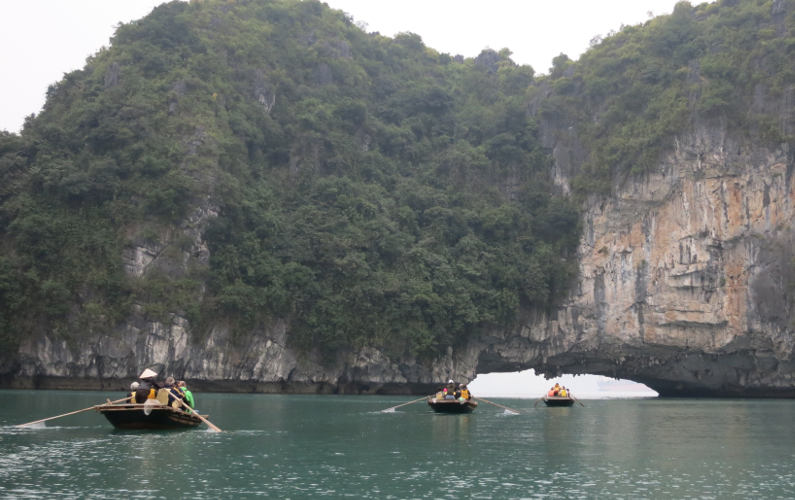 Pearl or Not to Pearl

Seems to me that this entire venture out to Bai Tu Long Bay was riddled with a stop at some venue to purchase something. And this was not to be an exception. After the boat ride, we were taken to an oyster farm where we had the opportunity to buy pearls. Normally I would have been more interested in looking but due to the terrible experience for the boat ride, I took a quick stroll around the store and then went outside to wait for the tender. 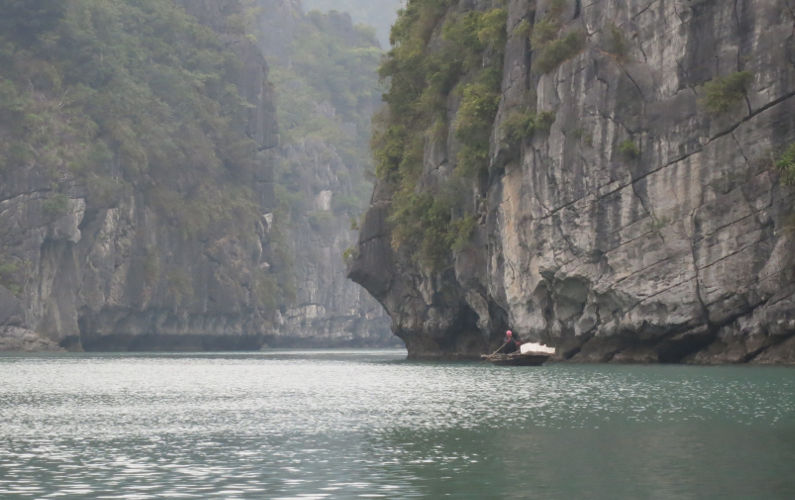 Something interesting to note is that when other boats arrived, either a person working at the farm or their guide provided a brief overview of the oyster farm and the guy sitting and checking the oysters. However, our group was just shown inside the store without much of an explanation. I’m not sure if it’s because its the last day and Tim decided “oh well, it’s almost done, customer service isn’t important anymore” but that’s truly how it felt to us.

While the first two days were great even with the cold weather, I’d say the last day was a complete disappointment and sadly the last bitter taste of the whole Indochina Junk Dragon Pearl experience. 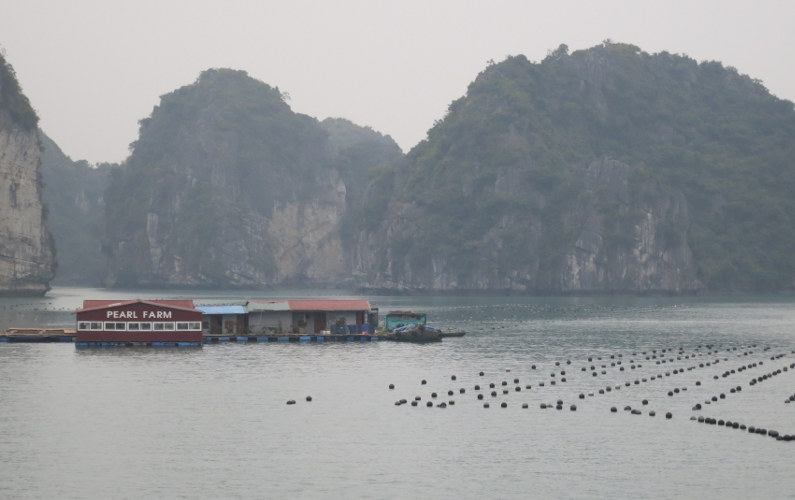 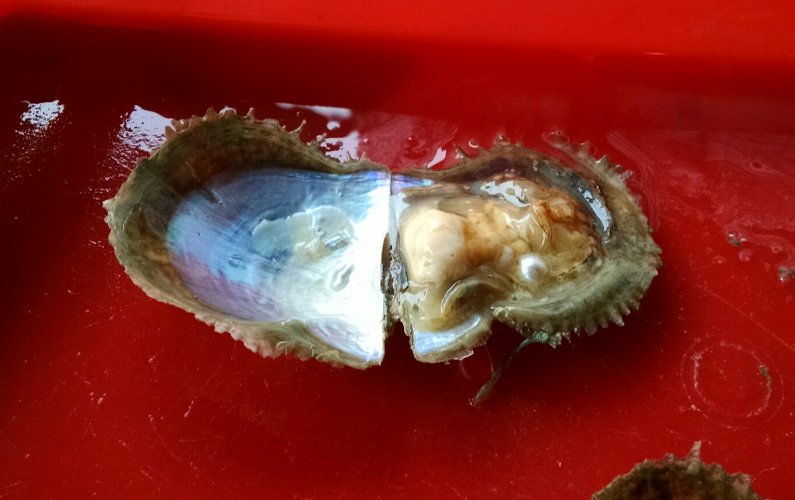 Road Back to Hanoi

Once we got back to the dock we were ushered back to the waiting room to be called before collecting our bags and escorted back to the luxury van for our trip back to Hanoi.

Oddly enough, JM’s bag wasn’t actually grouped with ours but instead we found one of the bag boys using it as some sort of table; odd. This definitely was not shaping up to be our day. 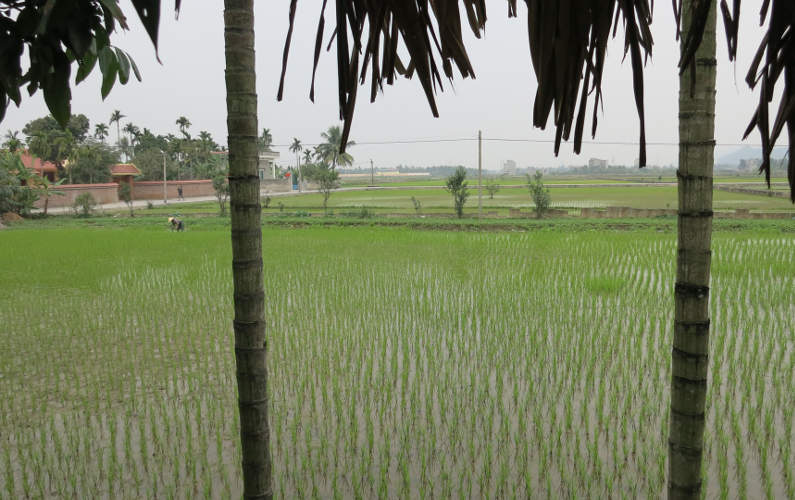 On the way back, we stopped at a Water Puppet Show, which was fine and interesting to see considering it featured several skits using water puppets and telling various stories of ancient Vietnam.

Post water puppet show, they even demonstrated how the local farmers make rice, an interesting process especially since it seems like a dying trade. In the end we arrived back in Hanoi around 4:30 pm (an hour earlier than expected) and was dropped off at our hotel. 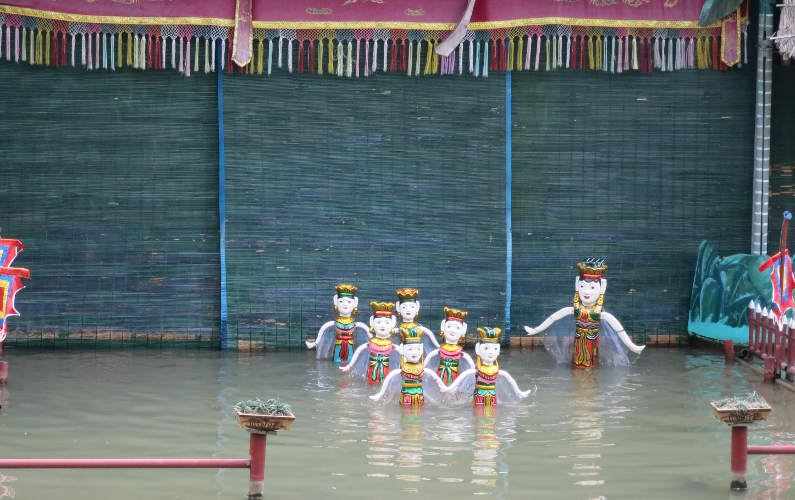 Looking back I’d say this was a fantastic trip with the exception of the last day. Yet all in all, I’d definitely recommend the Indochina Junk. Hopefully you’ll just get a better guide than we did.

For the record, we just want to say that we were offered a discount for the cruise in exchange for a honest review on our site.

F8T Tip Bring snacks and food and look up the weather. 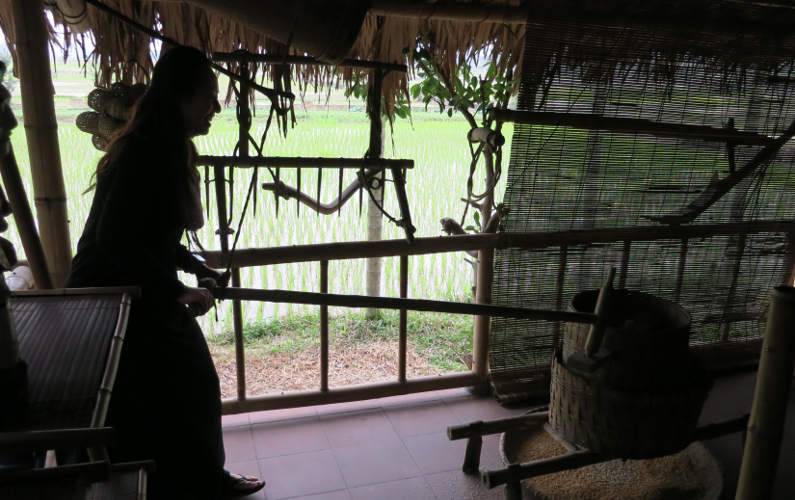 Disclosure | We received a discount for a forthcoming and truthful review

Tell us about your last whirlwind travel adventure? 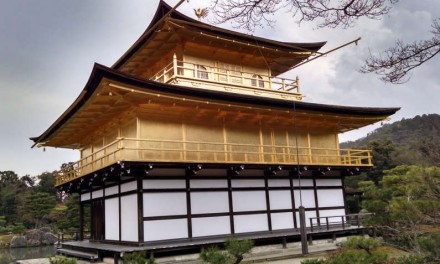 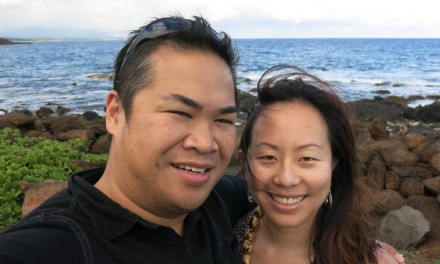 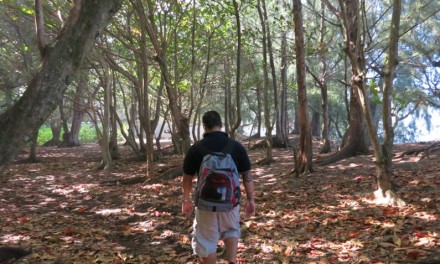