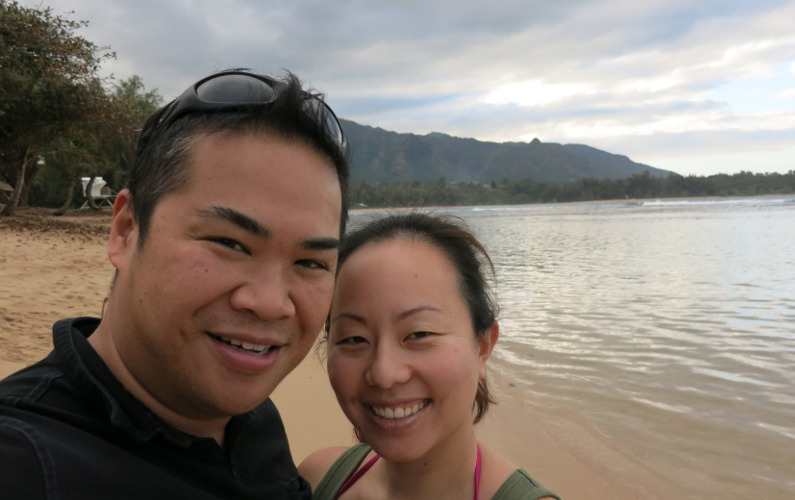 Did you see that beach we just passed by?

Yeah, give me a sec and let me flip a Uturn.

You always have to keep your eyes peeled to spot things that you may not normally see. I find that these side adventures give a more full in depth and immersive local experience. Driving along the roads around Kauai, Nadia spotted a sign for a beach and I insisted on checking it out.

We followed the signage and eventually found ourselves parked at Anahola Beach Park. The first things that struck out to me was: 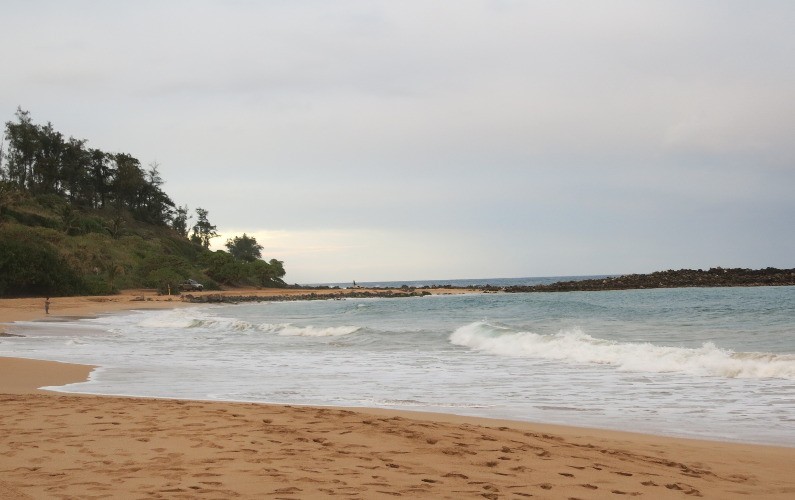 I thought it would be nice to explore a little bit since we were only stopping by to check things out and not actually going into the water since we were totally unprepared for a water excursion.

I’ve heard that there was some snorkeling to be done at the closeby coral reef however we didn’t have the opportunity to explore that aspect of Anahola. Other things I’ve heard about the location were less than favorable, however Nadia and I never encountered anything that would give any of those rumors credibility, however it didn’t dismiss the uneasy feeling I had…
Or maybe I’m just super paranoid.

Far to the right at the end of a trail, we passed a few more abandoned vehicles that ended at a tidal area. Taking in the scenery, I noticed that there were people in the tidal pools who looked like they were harvesting barnacles or other shellfish or who knows what. Despite their backpacker appearances, they waves and seemed to be friendly.

Walking back we went further down the beach the other way just to see what we could see. We found a river that met the sea surrounded with strong currents which would probably drag me out if I wasn’t paying attention. There were a few people picnicking as well enjoying the beach more so than us.

As usual, we weren’t paying attention to the time and had places to be, so off we went, leaving Anahola Beach behind us.

Anahola Beach Park is a nice stretch of nearly private beach which the locals enjoy immensely. This beach is truly a beach that is not manicured nor pristine however you can tell it’s seen a lot of use. You can find the following in the area: 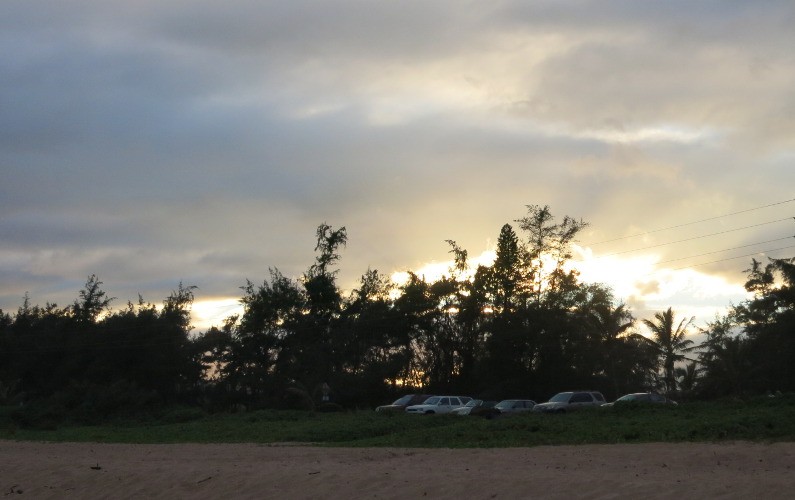 Off to to end at right is a trail that snakes to a rocky tidal area where we found people harvesting barnacles(?) and other seafood. While to the left was more beach and the strong currents surrounding the mouth of a river. Can’t forget that there is supposed to be a reef close by as well!

With that being said, the area can seem less that tranquil depending on the weather, time, and potential people you may run into.

Anahola Beach Park is located on the northeastern coast of Kauai. 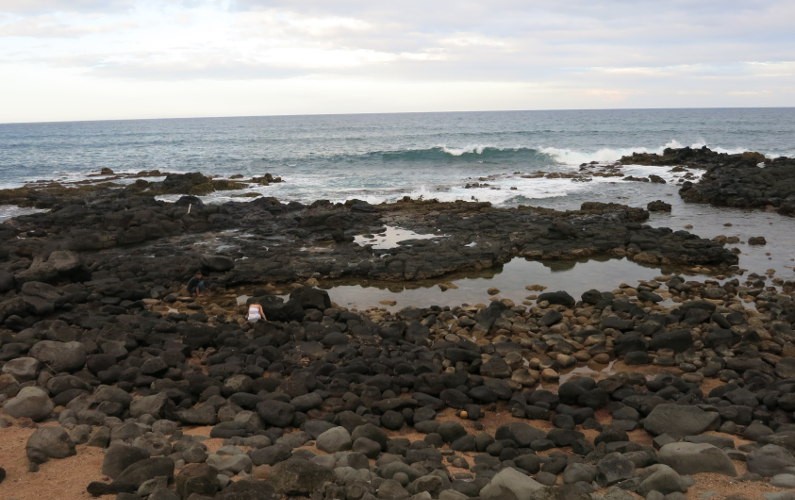 Judging from what we saw at Anahola Beach Park, there’s the typical stuff to do: 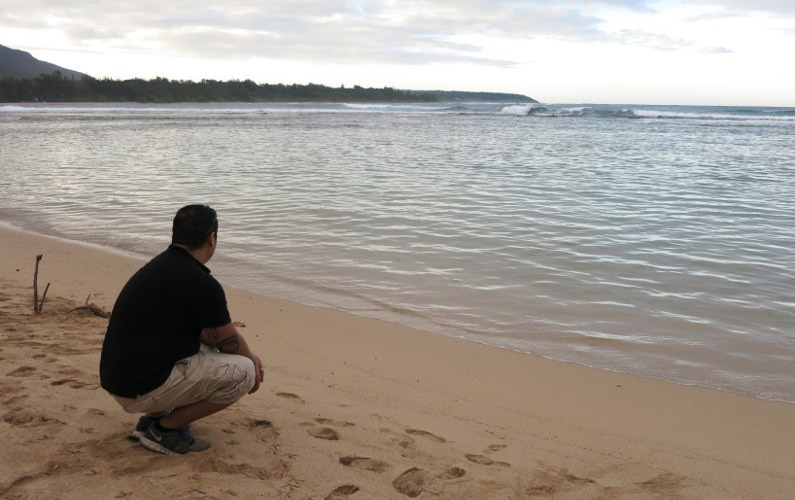 Even in paradise, enjoy yourself but keep your eye on your surroundings.

Where’s your favorite beach in Kauai? 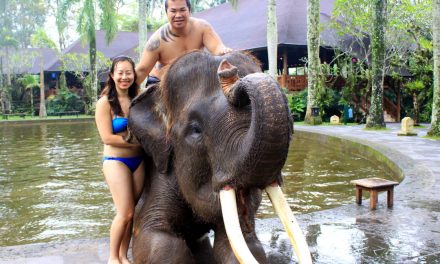 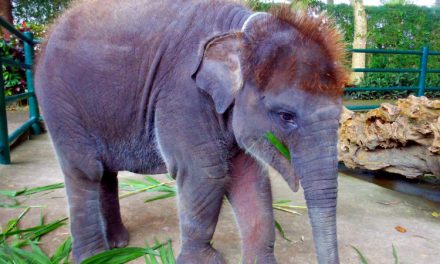 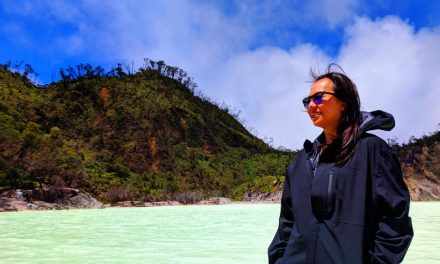 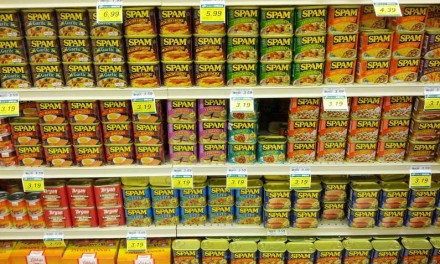 All the Many Flavors of Hawaiian Spam