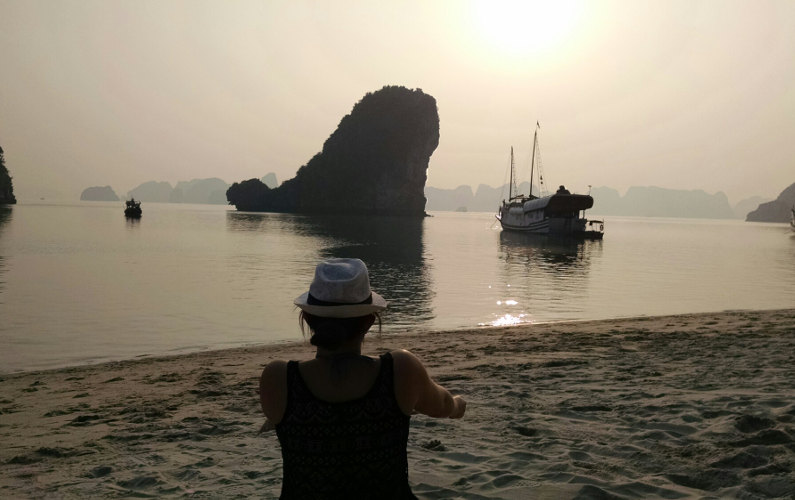 Day two started off with an opportunity for coffee/tea served at 7:30 am and breakfast served at 8 am. Since the previous day was overcast and cold, we were crossing our fingers that we would have some sunshine especially with another kayaking opportunity and swimming planned on the itinerary.

However, I have to admit, what I was looking forward to the most was the cave dinner. After breakfast I appreciated the small history lesson provided by Tim who gave us some background on Vietnam, the culture and also details on this area of the bay that was locally called the “baby dragon”. 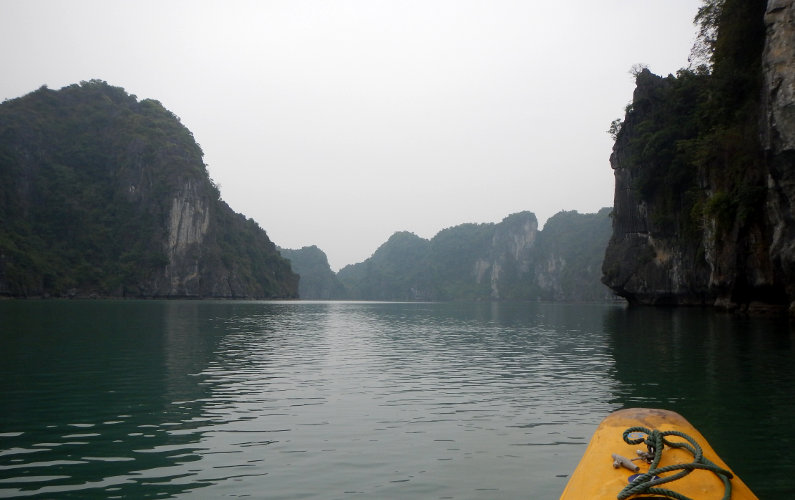 The first activity post breakfast was another kayaking trip but this time through a cave and to a couple of different hidden lagoons. The scenery along this kayaking adventure was truly spectacular. Looking around and seeing the rock formations, the blue/green water and the greenery in between, it is at this point that you realize how beautiful nature can be especially when it is untouched and there aren’t a lot of people around. In fact, as we kayaked around we were literally the only people in the water. 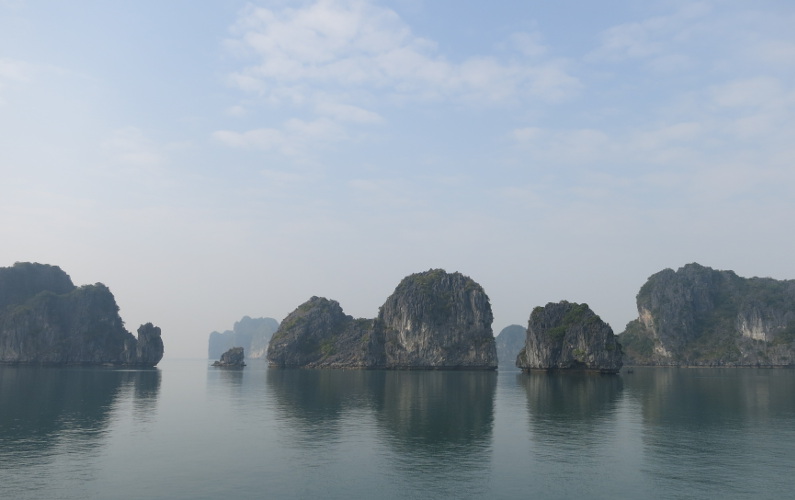 Considering how crowded I’ve heard Halong Bay can be, it was amazing to see and how great a bay can truly be enabling us to take in the full depth of nature’s wonders. Thankfully, because I was the photographer and my other half was the kayak power the whole journey, I was able to just enjoy the scenery and take all the photos. This by far has been my favorite activity on the ship and I can attest, as well as JM’s sore arms, that this is an experience we will both never forget. Bai Tu Long Bay is truly spectacular.

In a way it reminds me of sailing through Alaska’s Misty Fjords, something we experienced during our recent cruise out of Seattle but even more beautiful and of course minus the cold snow. I can see why many movies were filmed in this part of the world as it’s truly magical. If you have never had the opportunity to visit, I would highly recommend it. Pictures and words don’t do justice to the sights and peacefulness just being here brings to the body, mind and soul. 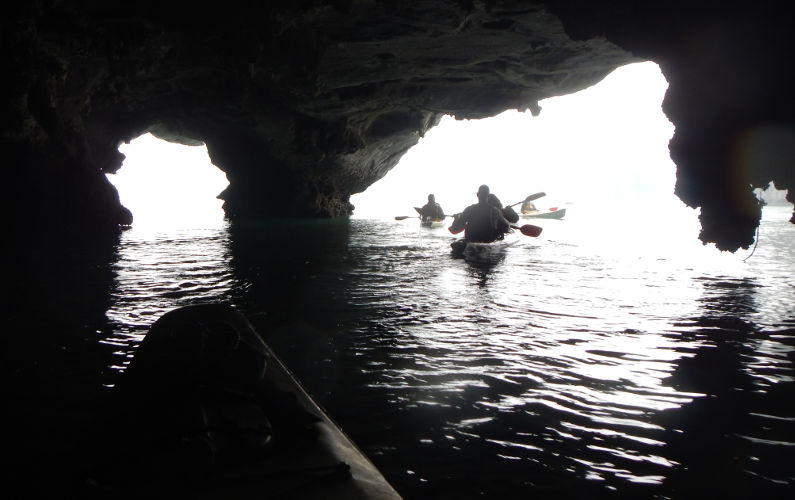 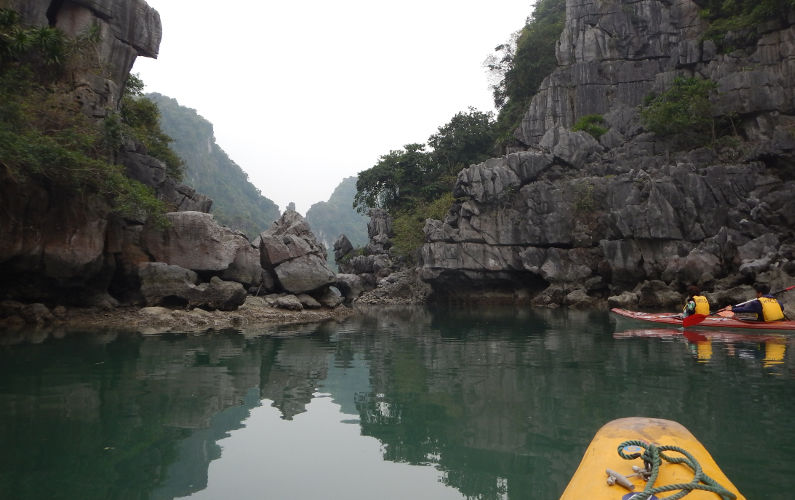 The lunch the second day was equally as delicious as the first and just as memorable. From what I can observe, lunch is the heartier of the three meals offered so if you normally pace yourself based on how you portion your food throughout the day; eat more at lunch because although dinner is good, it is slightly lighter than the lunch.

The second day lunch included more meat options including a grilled beef and a “farmers” pork dish. WOW! Let me tell you, that farmer’s pork dish in the claypot has to be by far one of the most delicious entrees I’ve had. Not only was the sauce perfect with white rice, the pork belly was melt in your mouth tender (a sign it has been cooking for a while) and the starchy vegetable that was simmered with it was the biggest surprise of all, green banana!

We had literally gone around the table guessing what it could have been; potato, sweet potato, maybe some kind of gourd. JM was the one to actually voice the notion of it possibly being a banana and low and behold he turned out to be right. But the seafood dishes also served during lunch was great as well with a steamed shrimp with a lemongrass sauce and a sweet and sour fish.

All in all, deliciously filling and a meal I wouldn’t mind eating over and over again. 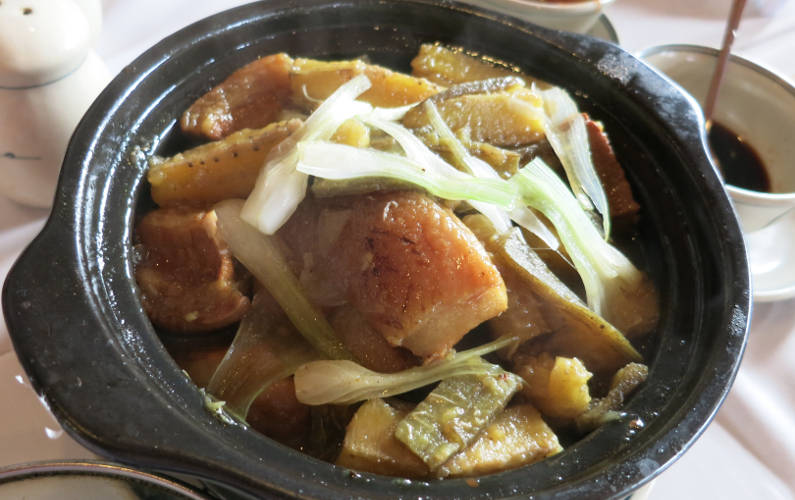 Post lunch we lucked out because the sun was starting to show. This was perfect as it gave us an opportunity to lay out on the decks on the comfortable chairs and relax while taking in more of the rock island formations all around us. The towels available on deck did help with keeping the wind away a bit but a blanket would have been amazing.

After a quick nap or two in between many many photos of the bay with the peeks of sunlight, the boat pulled up upon an island with a small strip of beach and what looked like a couple of other Indochina boats nearby. This could only mean one thing, beach time! 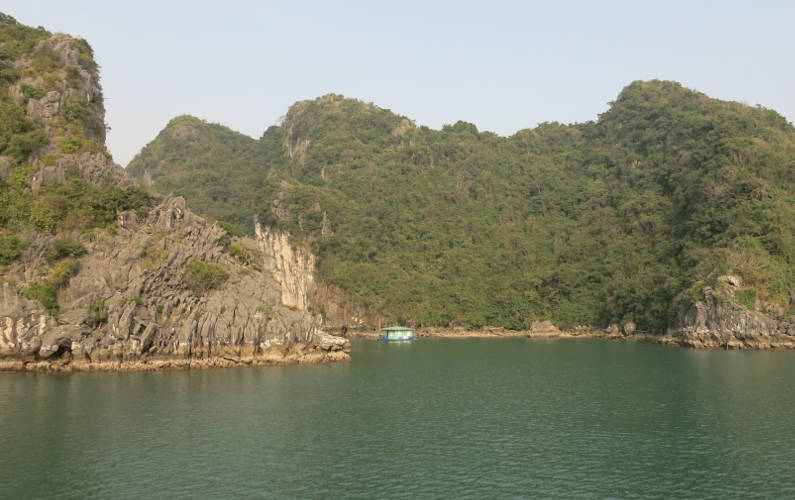 We took a small tinder on to shore and were given two options, kayak around this new area or laze on the beach and take in the beauty around us (we chose the latter option). So we set out our beach towels and took photos of the area, of ourselves and just relaxed and people watched.

I always appreciate times like this for it makes you just stop and appreciate everything that nature has to offer. It was also interesting to see the crowd from the other Indochina boats that also had docked nearby and were using the beach.

Although we technically could have fit in both kayaking and beach time, it was nice to just not do anything. After about 1.5 hours on the beach we boarded our tinder and headed by to the boat in order to get ready for our long awaited dinner, dinner in the cave. 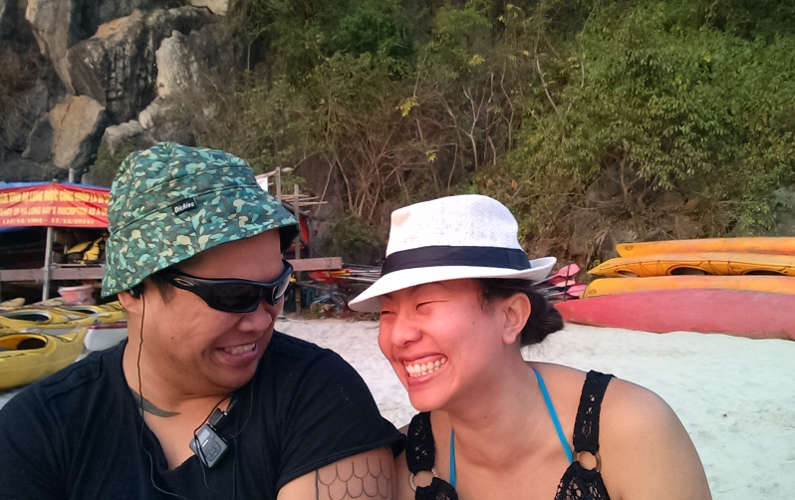 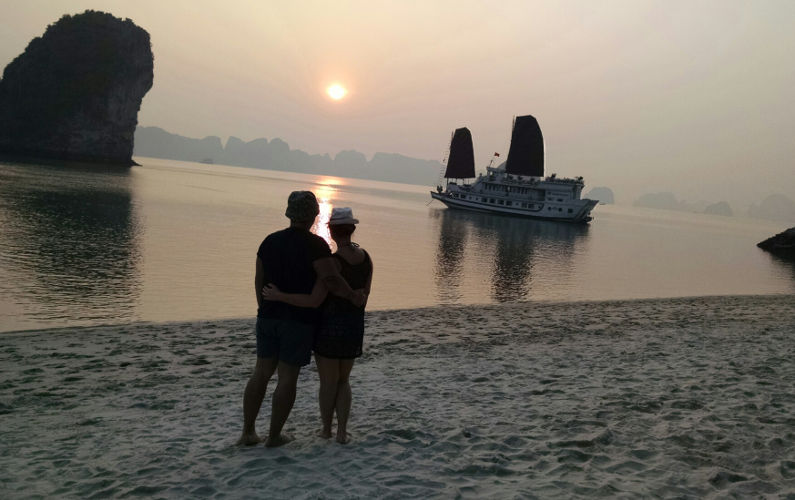 The Cave Dinner was by far totally undersold as a simple gimmicky cave dinner. For company, we shared the cave with Australian elderly, London Couple, a Danish family,and Argentinian newlyweds ultimately leading the night into a highly romantic, delightfully creative, extremely filling supper. But we’ll save the rest of that story for the another post… 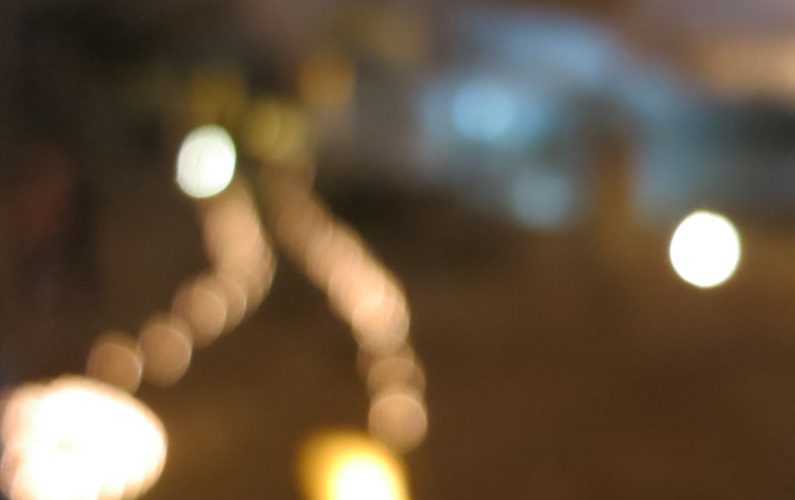 F8T Tip | Could also be better if: 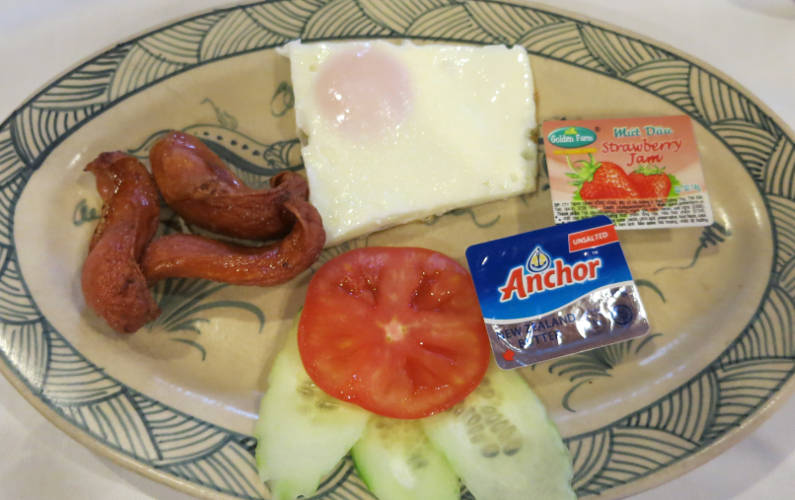 Disclosure | We received a discount for a Forthcoming And Truthful review 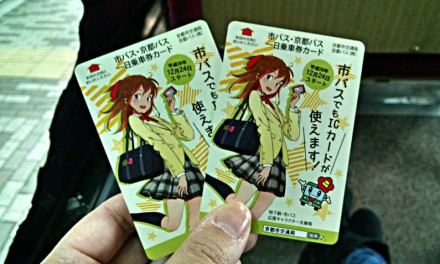 Kyoto Getting Around Kyoto By Bus 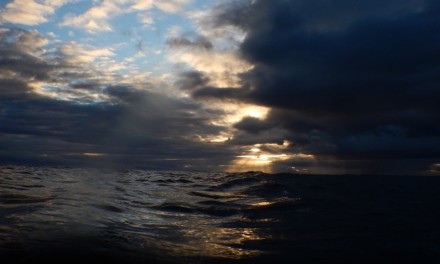 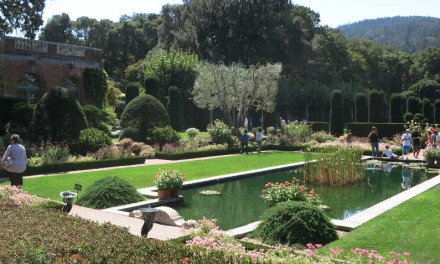 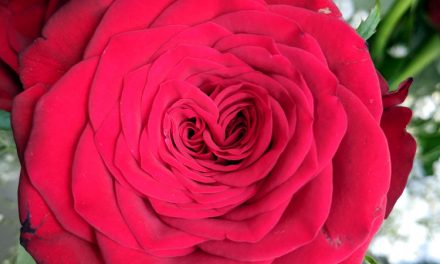