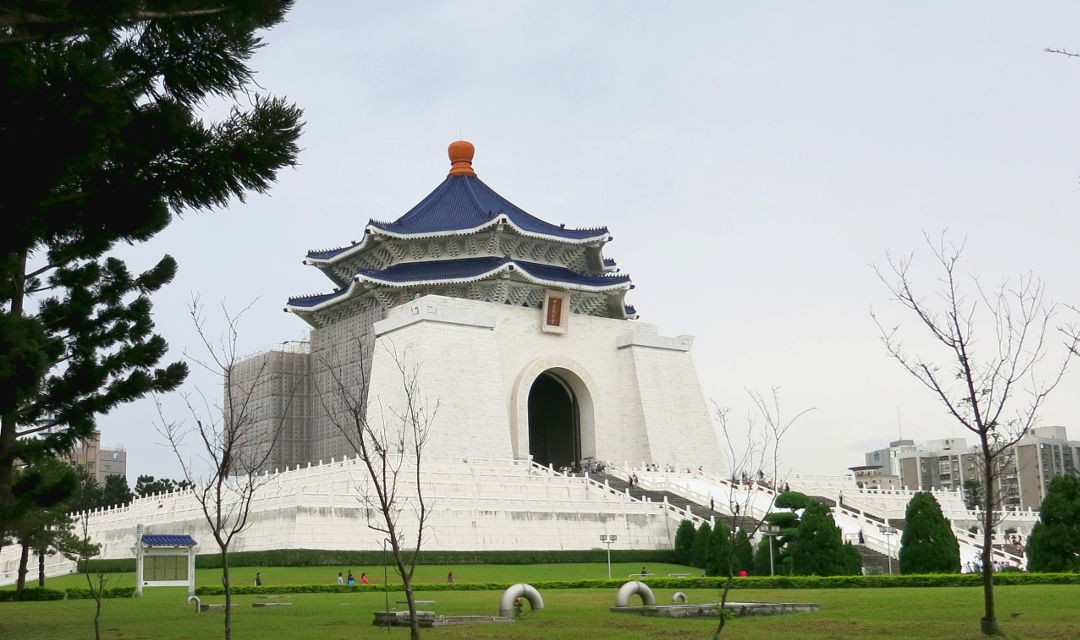 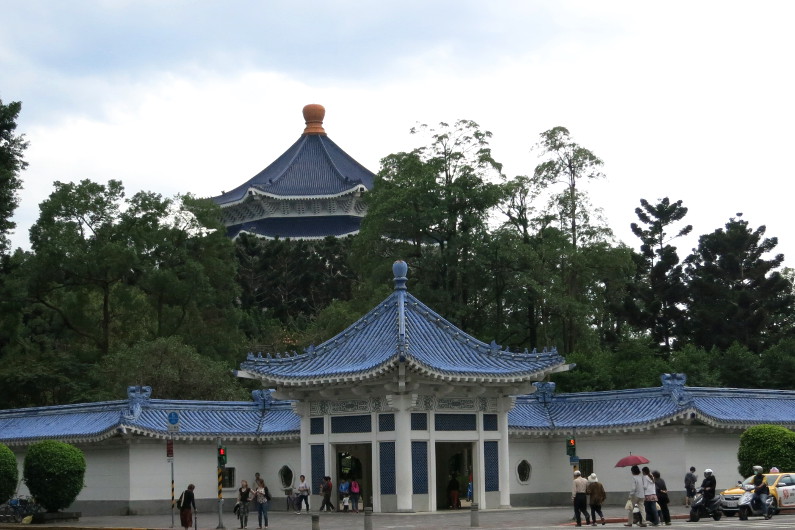 What’s that over there?

Located near our hotel and on the way to the bridal salon, we passed by a beautiful structure and decided to go in. From where we initially entered we figured it’d be a small beautiful garden and since it was a memorial hall, that it’d contain a nice hall to commemorate the iconic Taiwanese leader, Chiang Kai-shek, it was dedicated to, but little did we know this was a huge compound with lots to see and do. After walking around, definitely a tourist spot where people came specifically to check out the memorial and surrounding buildings. 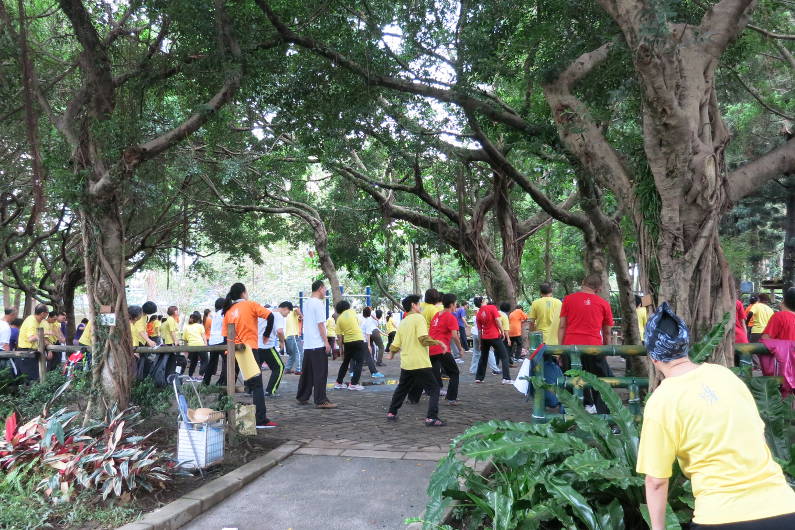 Walking in to the Chiang Kai-shek Memorial complex, we passed a group of older Taiwanese folks doing tai chi in this beautiful tree enclosed grove area. It was beautiful to watch them slowly sway their bodies and limbs from one form of motions to the next to the rhythmic cadence of the music. And there were so many that it was like the many legs of caterpillar moving through the motions back and forth.

I found the endless movements calming and relaxing. I stood their motionlessly parroting their movements, remembering my time enrolled in a tai chi class. Their was another group not too far way that was a much smaller but no less amazingly coordinated than the first group. It essentially looked like tai chi but martially oriented than simply exercise. They went on and on, rotating their hand gestures building up their speed and reactions to each other. 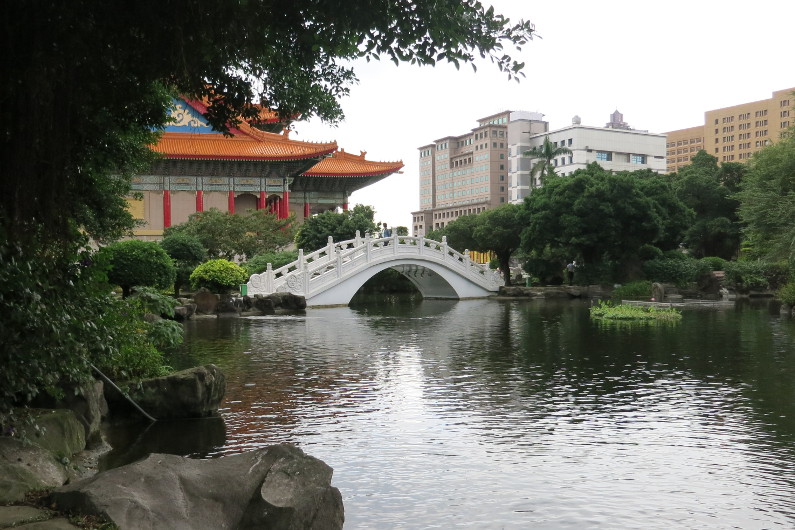 So peaceful and calming 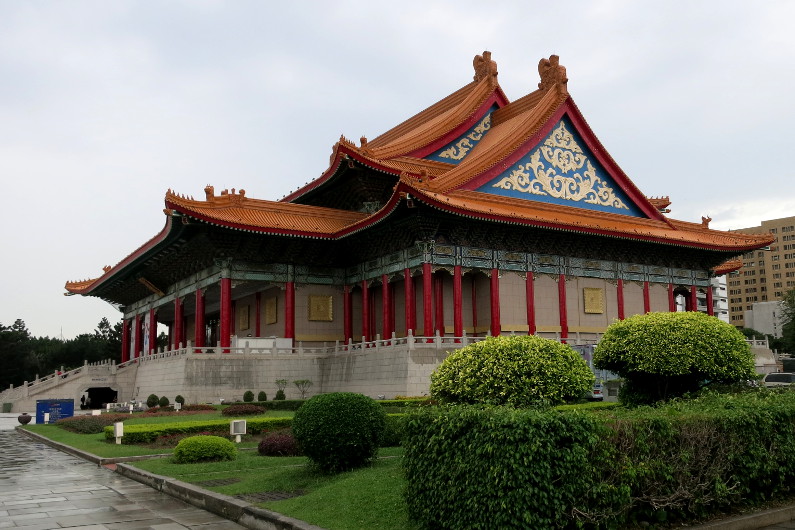 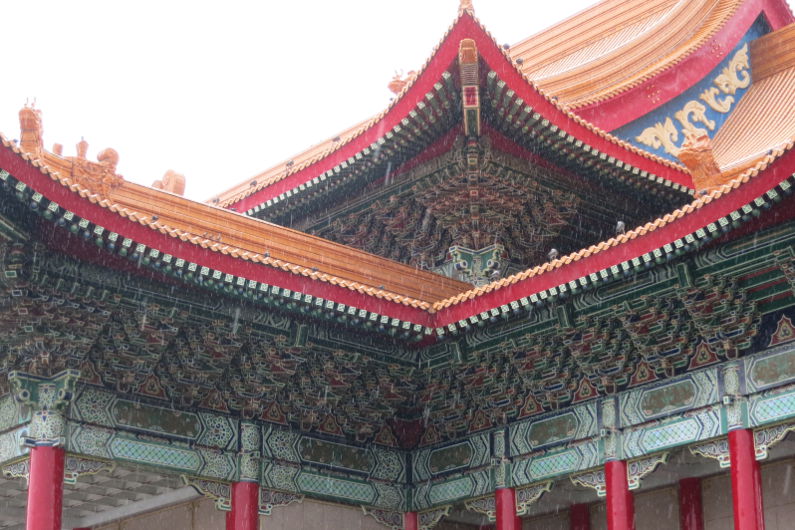 Look at that beautiful attention to detail 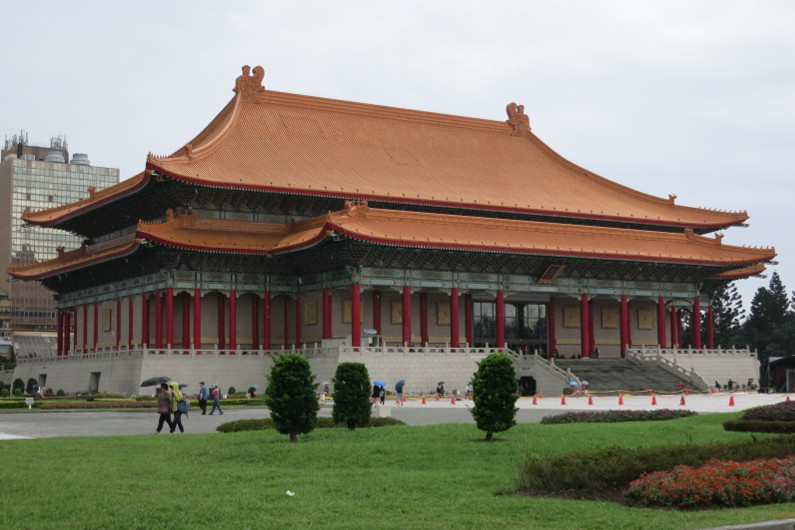 And there’s it’s twin sister across the way 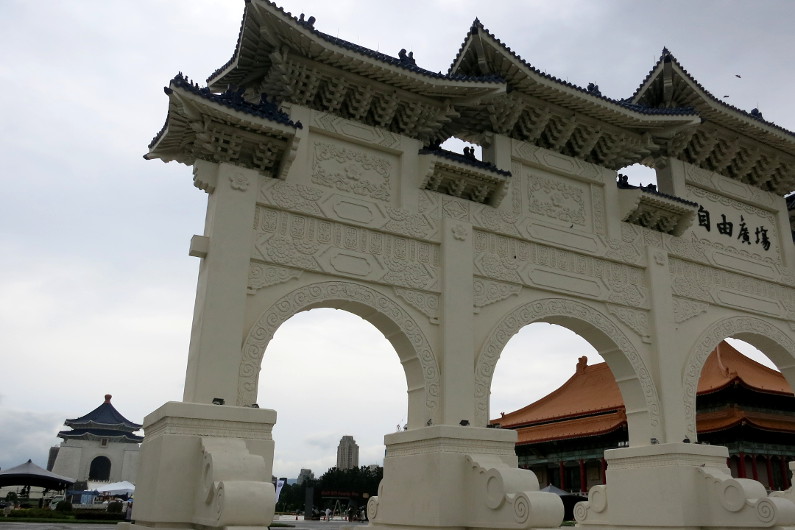 Bordering the Memorial Hall is one large open area known as Liberty Square. Within the square, other than the gate and the Memorial Hall, there’s the National Concert Hall and the National Theater. The halls were closed to the public at the time but just seeing their intricate architecture was good enough for us.

From the windows you can easily peer into their chandelier lined ceilings so I’m guessing inside was equally as magnificent. On the outside, contemporary music could be heard with groups of younger people looking like they were practicing dance moves. As it turned out there was a competition and people were getting ready their routines outside to the amazement of passersby like myself. 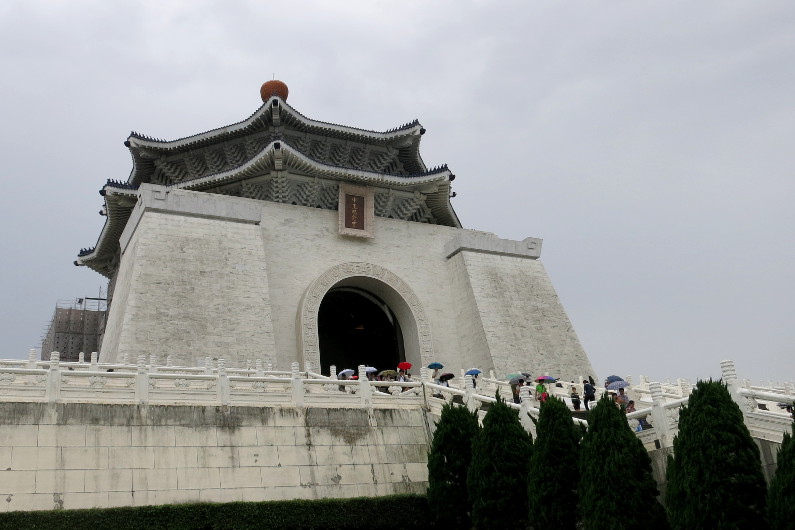 From the base before the trek up 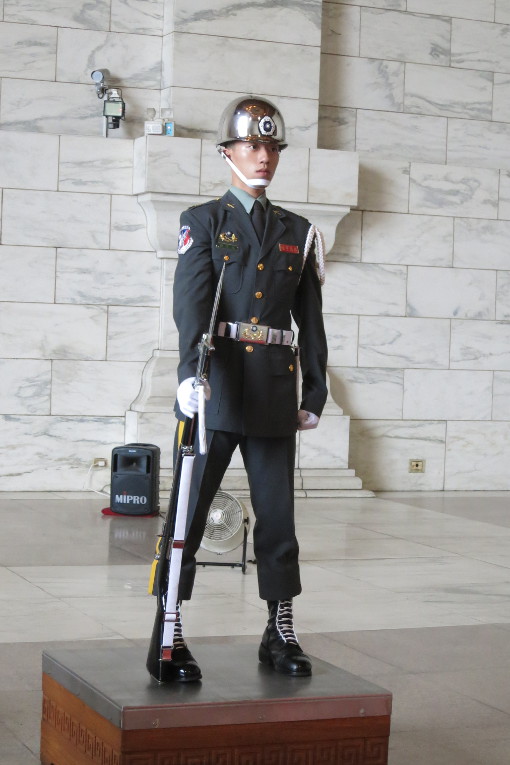 There’s a one guard at attention 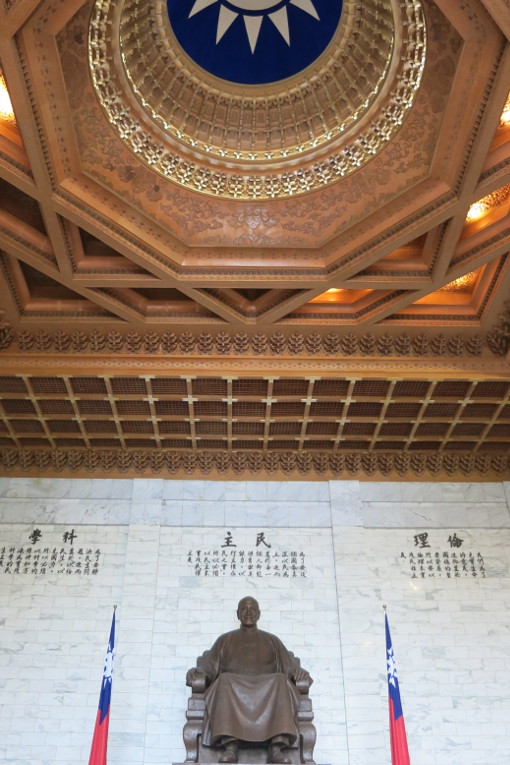 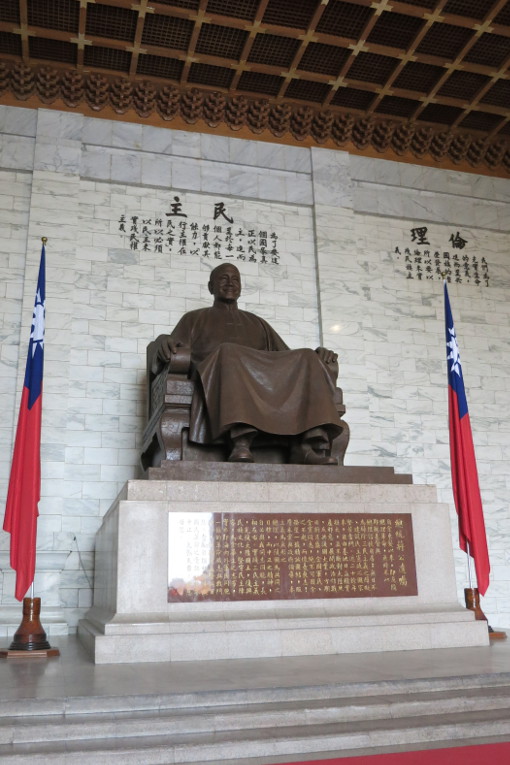 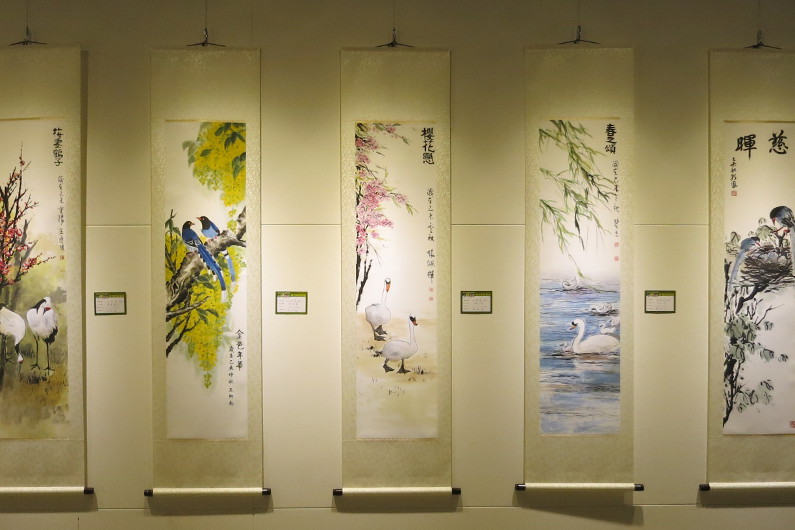 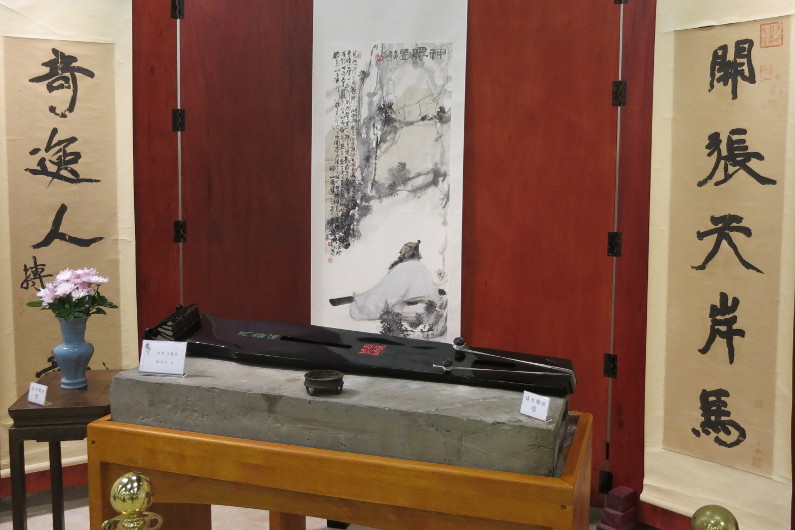 The entire time up to this point, we had been skirting the outside perimeter of the area, while all along at the center was the tower that had beckoned our exploration to begin with. The main Chiang Kai-shek Memorial Hall itself which can be seen from afar, consisted of a multi floor tower.

At the top of the stairs was an open entry way leading inside, into a grand space housing a large seated statue of Chiang Kai-shek himself surrounded by Taiwanese flags and a pair of ceremonial guards. Off to the left side there was a doorway leading further into the structure. The first space was an exhibition explaining the story behind the Memorial Hall itself.  There were various glassed cases highlighting the history of how the Hall was built and more about the history of Taiwan. 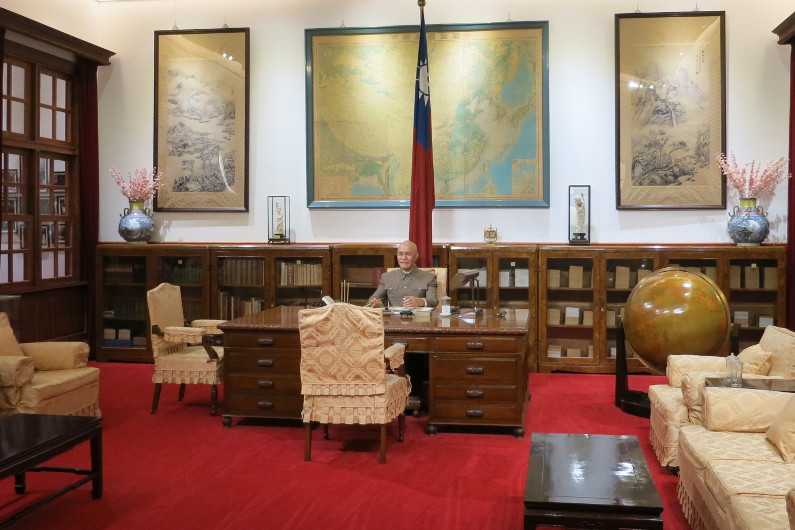 A day in the life of Chiang Kai-shek

Beyond that room were stairs leading downward to a larger facility beneath us with lots to see and do.  Simply wandering the halls we spent a few hours taking it all in. We snapped photos and read about Taiwan. There were exhibitions on Taiwanese wall scrolls, another dedicated to live music using the guqin, a plucked seven-string Chinese musical instrument kind of like a table top guitar.

Walking further down the hall way there was a view of the inner hall filled with artisans and more exhibits. To one side, there were rooms filled with paraphernalia from the time Chiang Kai-shek was alive, giving us a glimpse into what life was like when he was alive similar to the LBJ Library in Austin.

Ironically we finished in the lobby where there were snacks to be eaten and facilities for your comfort.
And it was also where we made our way out to see the rest of the country.

What’s the last monument you’ve been to? 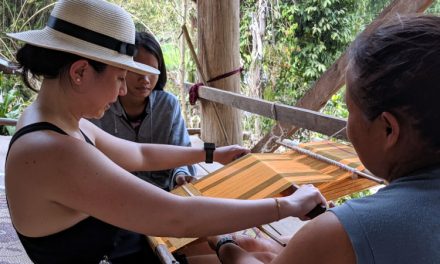 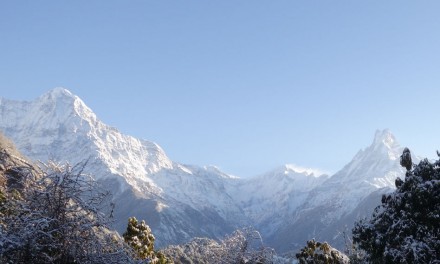 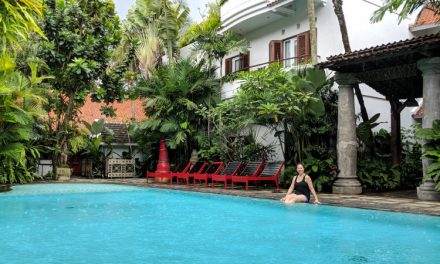 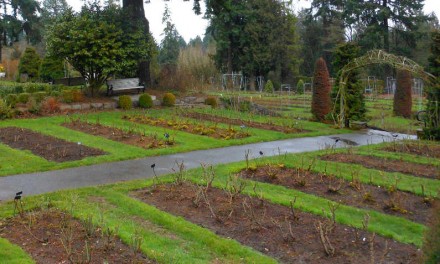