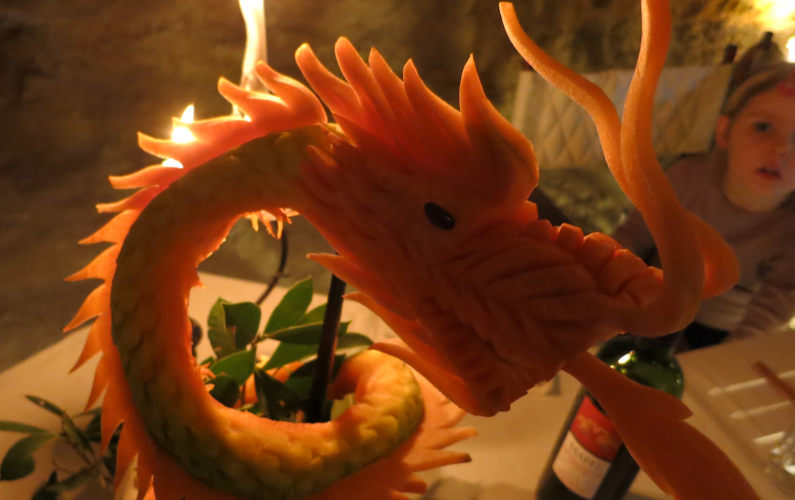 This was the reason we chose to go with Indochina Junk, that Cave Dinner and it was finally upon us. The night was here, today was the day and everything would be revealed. We had not heard much other than the limited pictures I had seen online from the official website. Not wanting to ruin the surprises I didn’t dig too deeply finding out not much more than it was amazing and made everything worthwhile. It’s a lot to live up to.

After a day of lazying away on the beach taking in the little haze filtered sun rays that we could get had taken it’s toll on us. We went back to the boat and took a nap and showered and relaxed. Fast approaching the hour of our disembarkation was marked by the receding sun and the growing darkness in the sky. Once the hour struck we headed down to the tender for a quick ride back to the island we were anchored by. 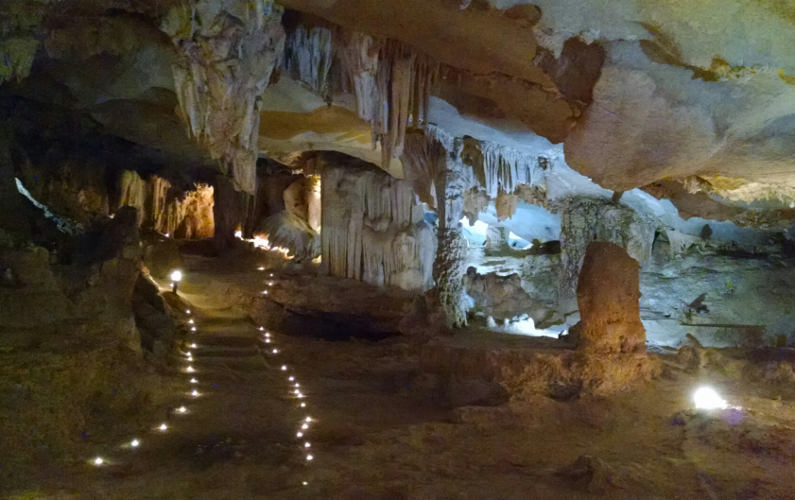 The minutes seemed to tick by slowly as we rode the tender unlit back to shore, the single active bulb on the far side of the beach, a beacon guiding us in; however I think the pilot has done this enough times that I don’t think he needed anything more than the bright moonlight.

Other than the sounds of the lapping water against the boat and the engine it seemed as if we were in pitch darkness heading toward a single light like a moth to a flame. As we neared the pilot slowed the boat to a snails pace easing us in to berth. The dock was nothing more than the landing of a concrete base at the bottom of what seemed to be steps carved out of the mountain. 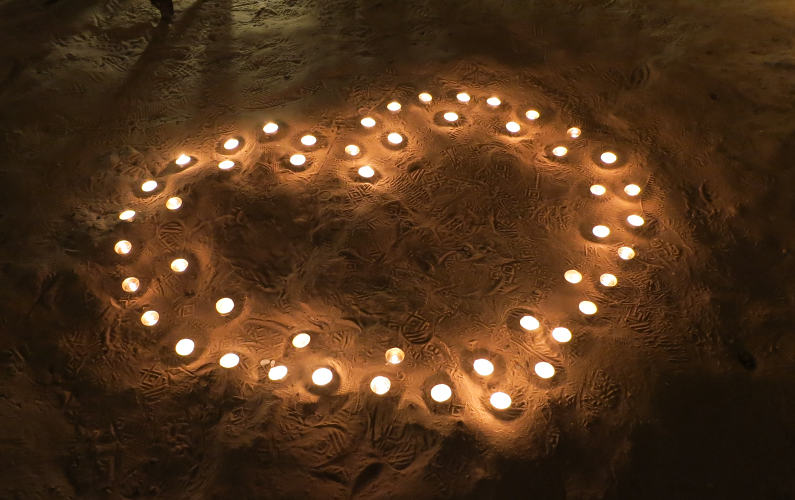 Such as it were, the steps were instead rocks carefully placed to form a stairway leading into the sky. The climb was not too hard however was made more difficult than it had to be because of the oddly spaced steps; higher distance between steps than would be customary. After aimlessly climbing mountain stairs for 5 minutes the path leveled out onto a small alcove in the side of the rock face. While there, I finally noticed, from my angle a camouflaged entrance melding with the rest of the mountain side.

It felt as if we were being swallowed up by the Earth and that I was going straight down a subterranean gullet. The interior was much more well lit making it easy to find steps and handholds to safely go down into wherever we were going. In the distance a clapping sound was getting louder and louder the more I walked. Indeed, I was welcomed into a cavernous room with nearly the boats compliment of staff lining the walkway clapping to a synchronous beat. 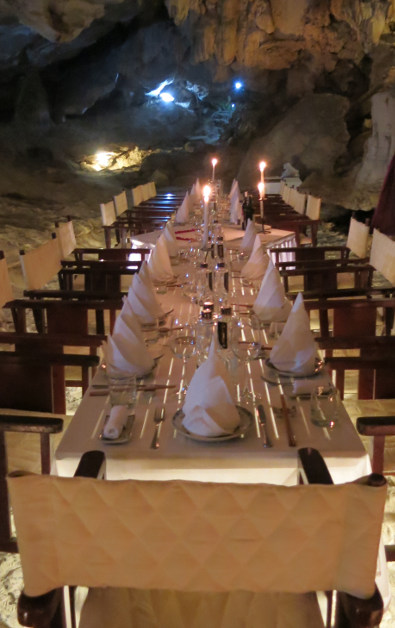 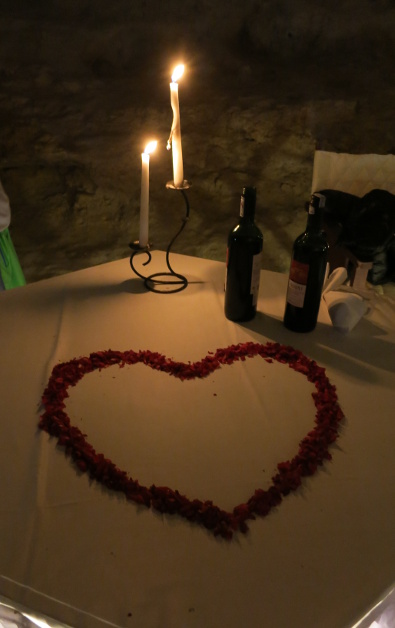 The path ended at an impeccably set long table for 14 off people. Nadia and I gradually made our way to the table taking the long way, circumnavigating the entire cavern taking shots from every angle.

Getting to the table we haphazardly chose seats opposite each other near the center next to couples that we have made friends with during our cruise. Unfortunately the area was sparsely lit providing not nearly enough light for camera shots, but we made do with what we had.

And Dinner is Served

The cave was varying shades of earth in all kind of shapes and sizes. Formations were coming up out of the ground and hanging from the ceiling. The Danish family’s kids were so excited to run around up and down, up, over and under anything without fear of becoming stuck. There were small caves, and plateaus, and other rock formations the kids discovered.

The cave was a sight to see with everything along with the added benefit of being very warm. Whether it was a naturally occurring phenomenon or caused by the cooking being done in the vicinity I do not know nor cared for it was a welcome relief from the less than warm weather. 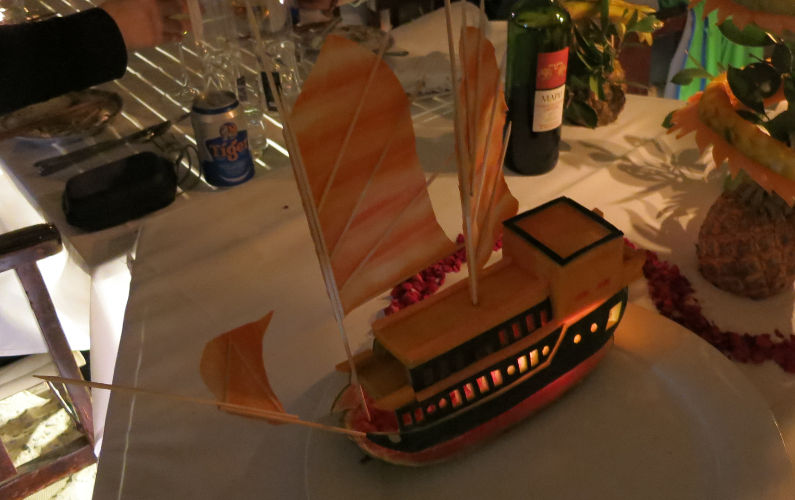 As we sat there talking about how beautiful the cave was the staff began to enter the space from another entrance bearing culinary gifts. What I thought was dinner, was actually food of another nature. They were carrying plates laden with food carvings; a towering dragon carved out of pumpkin/carrots, paired daikon swans, a glowing China junk made out of carrots complete with carrot sails, and a soaring carrot eagle.

It was all I could muster without running around in circles like the kids bursting with excitement.

It was the coolest thing, at least for me, yet on this trip. All I wondered the entire time was how they did what they did and how much my aunt, food carver herself, would love to see these. As my fervor ebbed, the staff began to bring out plate after plate of deep fried appetizers, and various grilled seafood.

By far, the shining star of the bunch was the shrimp and squid; fortunately those were the two pictures that came out the best. We all ate and drank our way into the night the dinner eventually concluded as conversations died down. 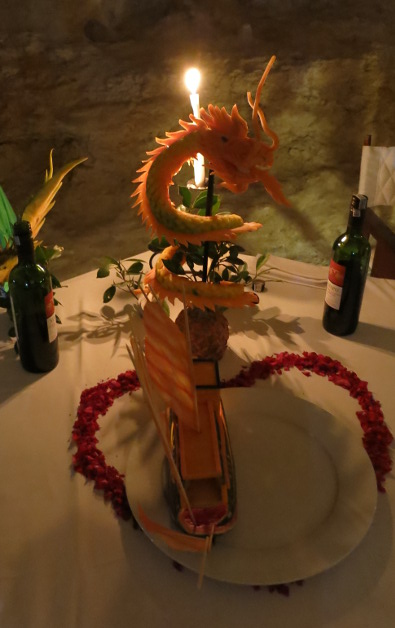 In retrospect it was probably not the best combination of drink and full stomachs to then slowly make our ascent out of the cave and descent down the side of the mountain to our patiently beckoning tender. As it was, it took a spell for us to complete that last physical feat to get back to the creature comforts of the Dragon Pearl II but alas we made it in time before I passed out from exhaustion.

It was an experience of a lifetime. The combination of newlyweds, boisterous kids, different age groups and ethnic backgrounds made the dinner really come alive and made the highlight of the cruise. 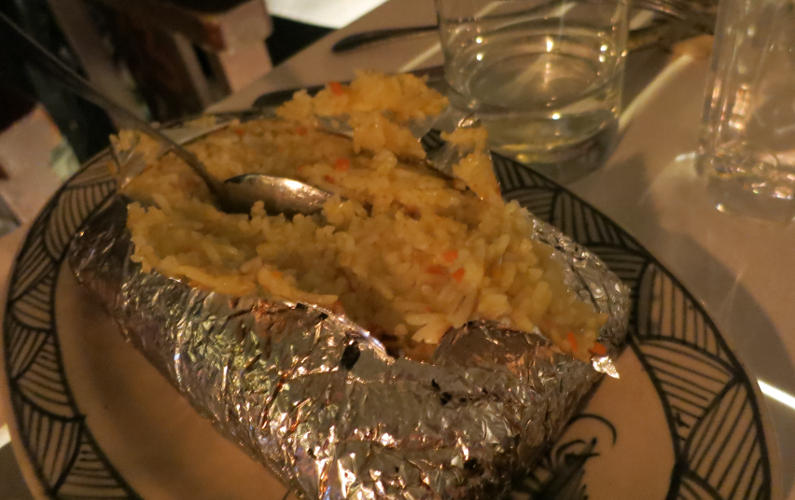 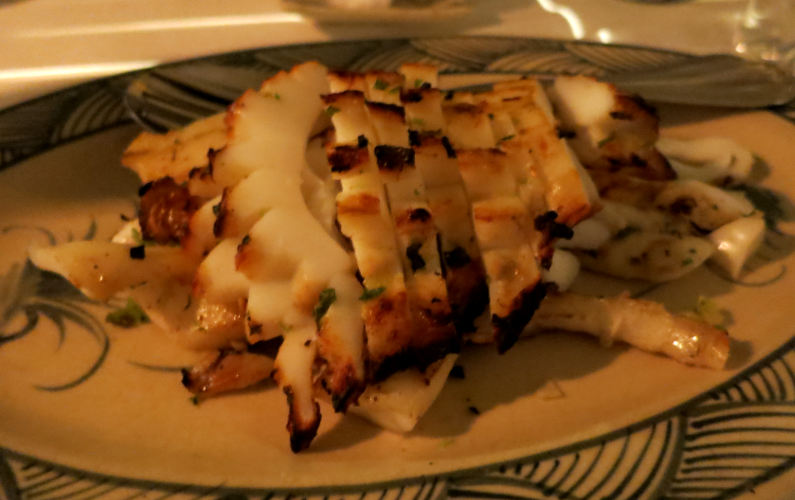 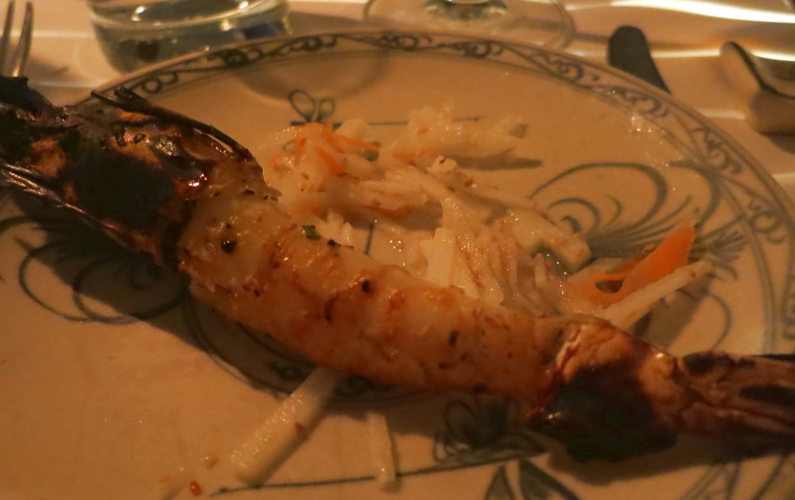 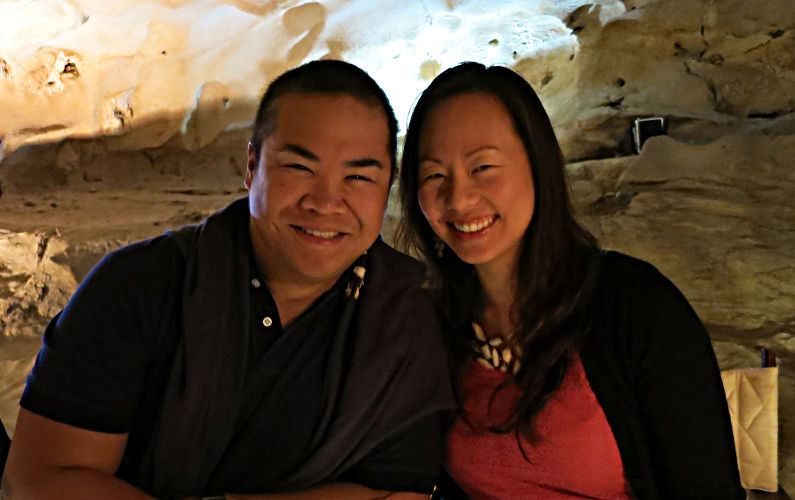 F8T Tip Take a better camera for low light conditions and maybe take better footwear than flip flops for going up and down the mountain steps.

Disclosure | We received a discount for a forthcoming and truthful review

Tell us about the last time you were anxious for your trip? 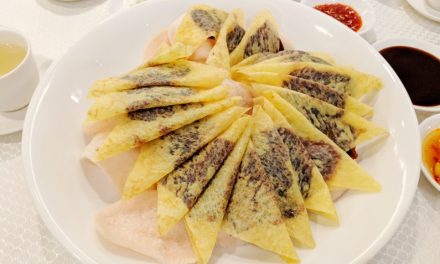 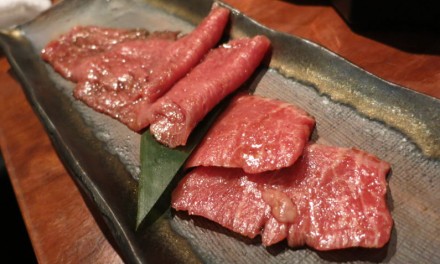 Eat Wagyu in Tokyo at Yoroniku 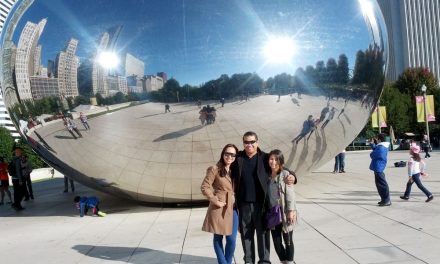 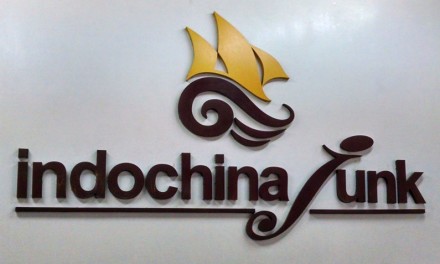