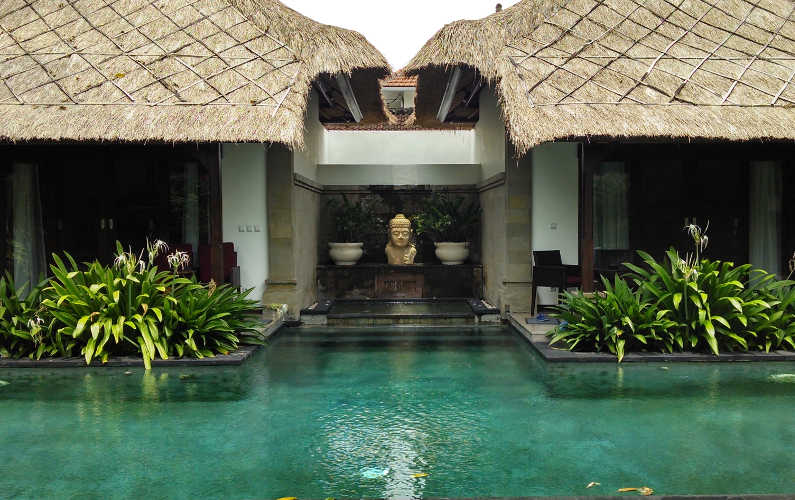 Looking for a place to stay in paradise? Looking for a quiet place of solitude and rest and relaxation while staying close to a party like atmosphere of Kuta? Or maybe just looking for a nice place to stay? Look no further than Villa Blubambu where the only thing blue would be the blue pools inviting you into their cooling depths.

We always wanted to go visit Bali and finally got the chance to go we needed a place to stay. We wanted a place close to everything yet not in the middle of everything. Judging by the pictures and reading so many great things, we had to personally find out for ourselves. After arranging transportation from the Elephant Resort in central Bali, we headed to the coast.

An Oasis in the Crazy that is Bali

As we approached we found out the hard way that due to the narrowness of the alleyways the van was unable to drop us off directly in front of the villa. Fortunately we travel light, so we walked a couple of blocks rolling our carry on baggage. Though it was a touch unnerving since we weren’t exactly sure of our surroundings or the direction we were going. After doubling back a time or two, we eventually found the small blue sign on the wall that we were looking for. 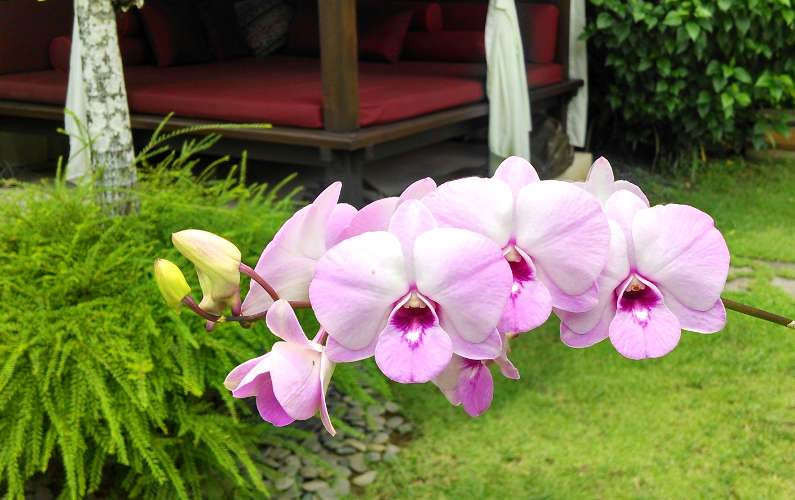 From the outside, we were not expecting much because all we saw were walls and more walls; however, we were pleasantly surprised once we got through the double door entrance. Passed the doors we were warned to be careful of our steps… there was a water pond with accompanying koi fish and bubbling water fall directly beneath us.
Directly ahead were patio couches, to the right was a pool and umbrellas. To our immediate right was the main house consisting of the lobby and kitchen area where we were greeted with refreshing juices. 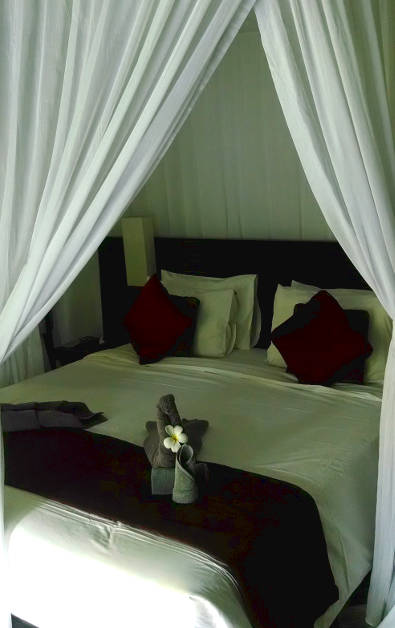 Gede and his staff were very helpful and gave us a map of the surrounding area; highlighting nearby beaches, bars, shops, and spas. The most important sight I wanted to visit was the bed because I was exhausted. It had been a long day with traffic in every which way with only heat and humidity as our mainstay companions.
We were told that there were only a handful of suites available. Surprisingly enough there was one directly above the lobby. There were two more across the immediate pool that I could see. There was another around the corner. And then there was ours which was beyond the rotunda at the other pool. 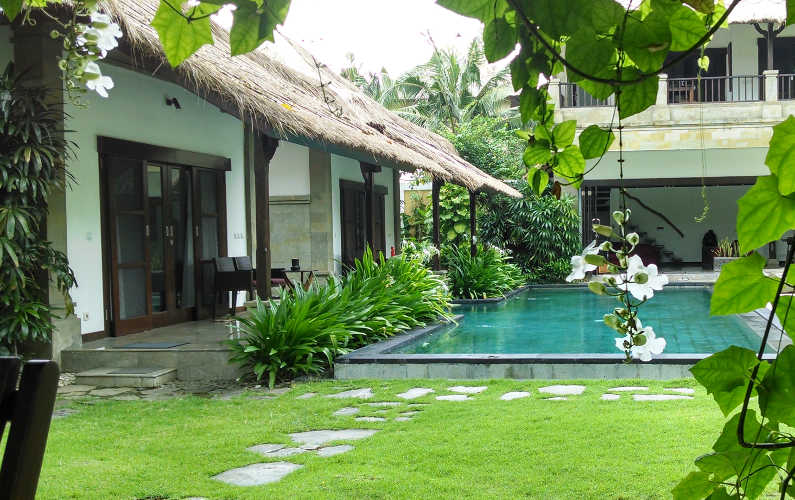 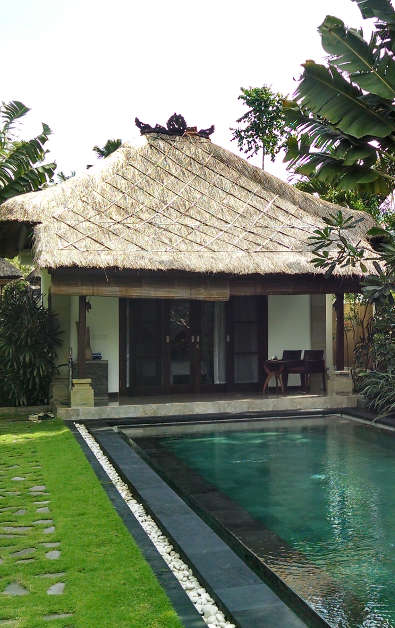 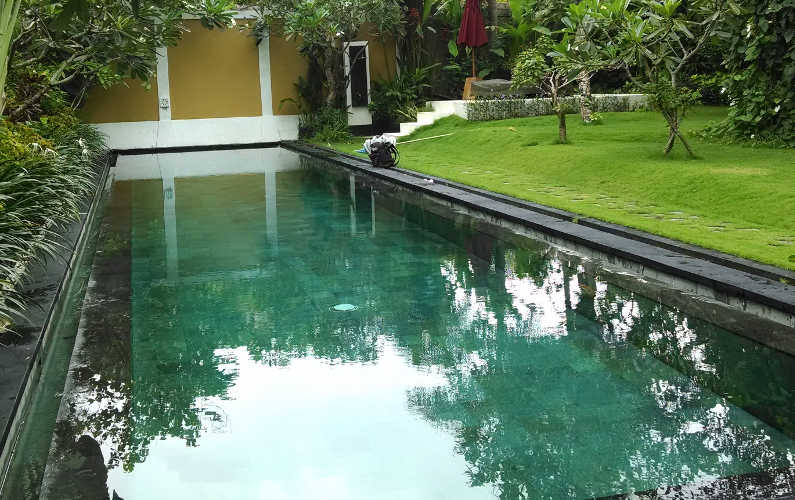 After walking several yards down the lawn another pool was revealed. And at the end of the pool was our solitary suite. It looked amazing. Walking up to the suite I noticed it was all by itself, no neighboring cottages or upstairs rooms. Just our one room and a pool.
Within the room we found  a four post bed, small TV and refrigerator, coffee maker, large closet… and a bathroom which was nearly the size of another room upon itself. There was so much room that I was surprised by the vastness of it all on top of both the shower and tub. 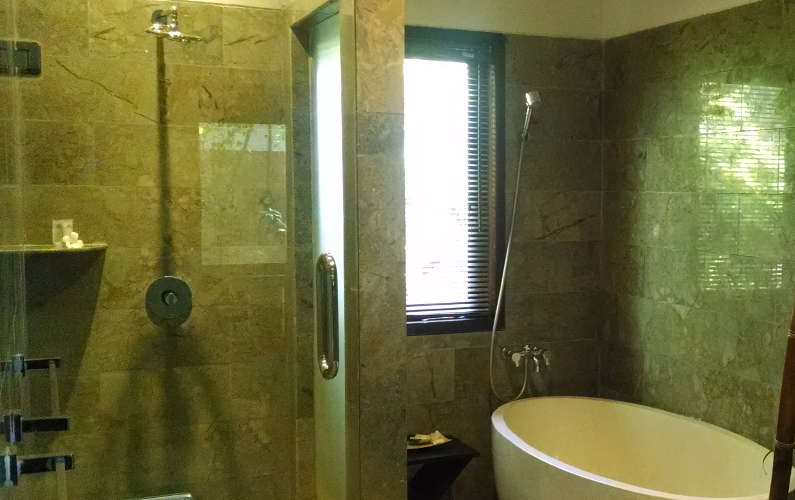 Everything had a certain level of minimal elegance defined by the nice choice of rock accents throughout. But nothing was more extravagant than the pool that was outside our doorstep. There was nothing like changing out of my dirty clothes, walking out the door right into the pool. Lying back and slowly floating to the other end was blissful solitude. I totally forgot that we were only blocks away from a busy road way packed with tourists and locals alike.
The view of the sky was framed with vibrant flowers growing along the edge of the pool. As time passed I noticed another sound adding itself to the background noise; the random croaks of frogs. Honestly, to this day, I still don’t know whether I stepped on one of those frogs. It was so dark when I left the pool that I stepped on something soft that startled me. If it was a frog, it must have walked away in the middle of the night because it wasn’t there when I woke up. 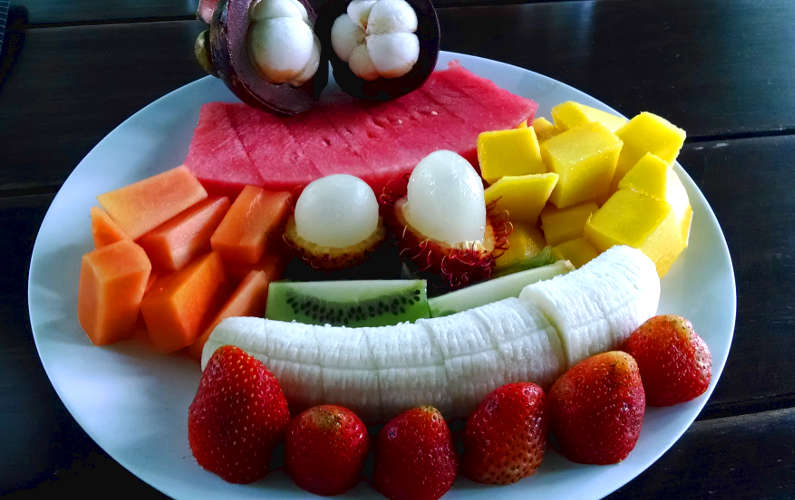 The next morning breakfast was served in the lush foliage covered arboretum next to our pool. We had ordered a bit of everything the day before: sweet fruits, eggs and bacon, and a Balinese version of a the Italian panini (grilled cheese bread action both a sweet and savory options). It was all simply amazing, both served with water, juices, and coffee. I couldn’t imagine leaving this place. It was literally paradise in paradise.
As the days passed, and upon frequent breakfast and pool breaks… not once did I ever interact with the other guests and that’s not a bad thing. I saw them from afar upon time to time. Once during the evening though I could not even see their faces from the pool through the darkness. Another time was during breakfast; we saw another couple eating breakfast on their balcony above the lobby. Other than those two times and the staff, we did not meet a soul. And it was glorious!
On our the last day of our stay there, on our way out,  we were introduced to the owner; Mathieu, an older tall tanned European in shorts and tank top. He had explained that he had always wanted to run and operate a setup like this somewhere in South East Asia. Out of all the places he had visited, Bali had enough to explore outside of the town that he would not get bored. Truly living the dream! He was a great guy and even though he didn’t have to, he helped us with our bags outside to the waiting cab. What a great guy! 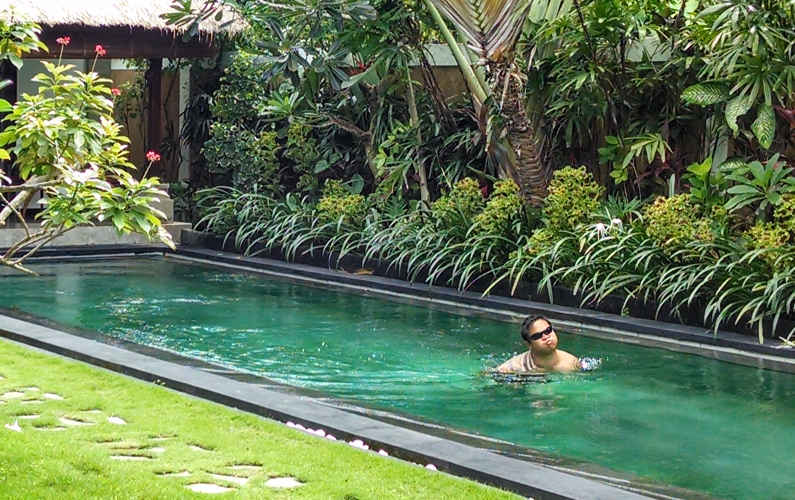 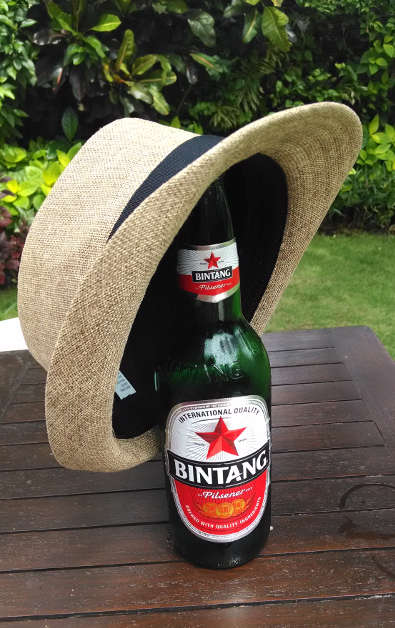 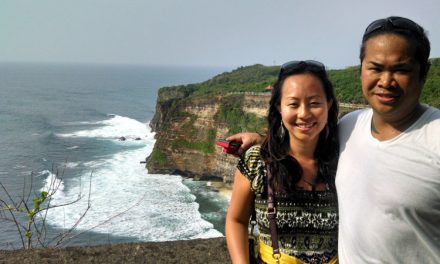 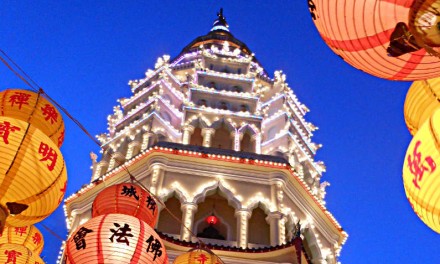 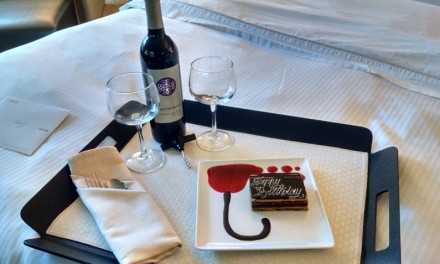 Slowing it Down at The Westin Las Vegas Hotel & Spa 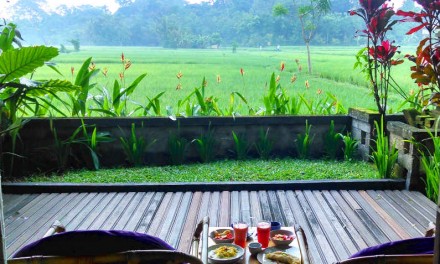