Live life on the wildside and take the plunge into nothingness! Even on quite Kauai, extreme adventure can be found! All you have to do is take a leap of faith into space to find the rush you were looking for; like us! On sleepy Kauai, Skyline Eco-Adventures will wake you up with adrenaline pumping ziplining!

Always up for an adventure, Nadia convinced me to go ziplining in Hawaii. Typically I’m a slow adopter and it takes me a second to wrap my head around things mentally before literally jumping into the deep end face first.

We pulled up to the Skyline Eco Adventures store in Poipu to get this started. We met our guides and got a rundown of what to expect. If you’ve ever gone ziplining before then you probably already heard the safety info typically associated with these type of extreme activities. Then we headed off into the middle of nowhere to get to it.

After a while we eventually got to the zipline range and got prepped for a hours of fun. We strapped into our safety gear and then hiked up to the first platform. Taking that first step into the air is always the hardest and despite mentally preparing for it up to this point, it still took a second for me, maybe not Nadia because she’s tough as nails, but I eventually got there.

Hiking between platforms, learning more and more about the crew, the island, ziplining and everything in between I became more and more enthralled with the entire process. At one point, they primed my cable before jumping off the platform by twisting it so that while ziplining I would spin. AWESOME! 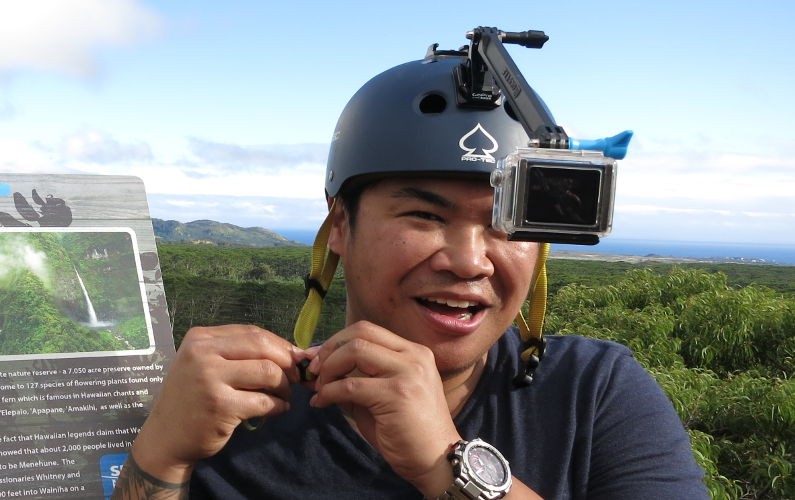 On another note, considering that when we went they had recently opened up this location for ziplining, they happened to be filming content to promote this expansion. Nadia and I agreed to it wholeheartedly not quite knowing what to expect other than that they would be documenting throughout our zipline session.

They even encouraged us to FPV (first person view) record ourselves with GoPros. After a few jumps under our belts, we eventually forgot about being on video and simply succumbed to the rush. Afterwards, they said they would correspond with us digitally and keep us up to date with footage that made the final cut.

Who knew it would work out the way it did? WE FAMOUS NOW! Hahahahaha!

Skyline Eco-Adventures is a zipline company that’s been around since 2002. They are highly dedicated to preservation of the island, donating both time, money and energy to the cause. 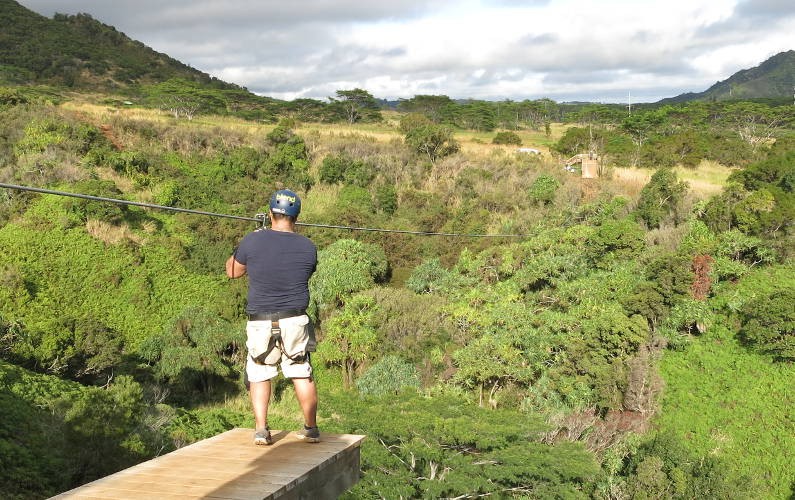 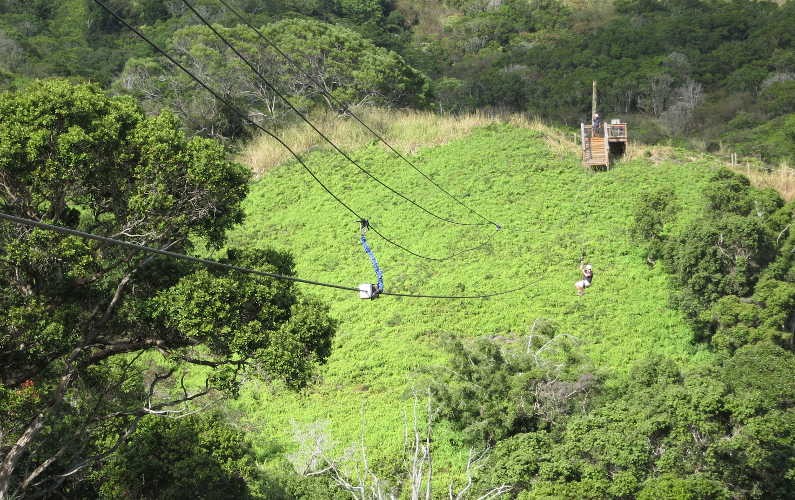 They will WOW you with: 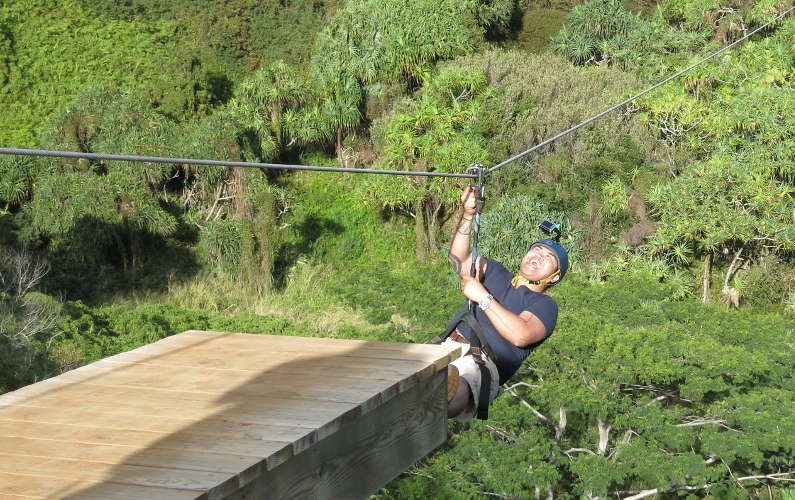 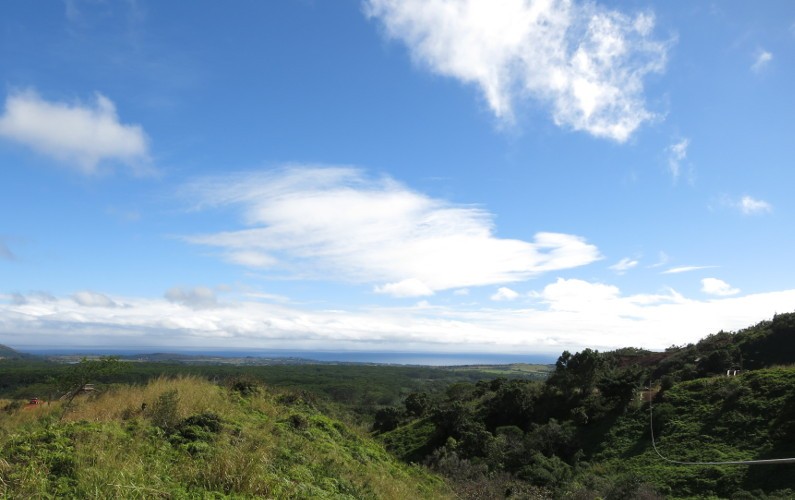 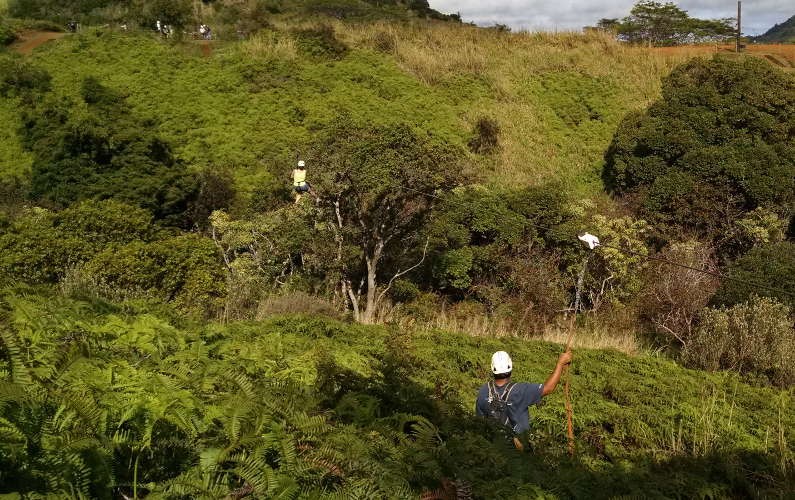 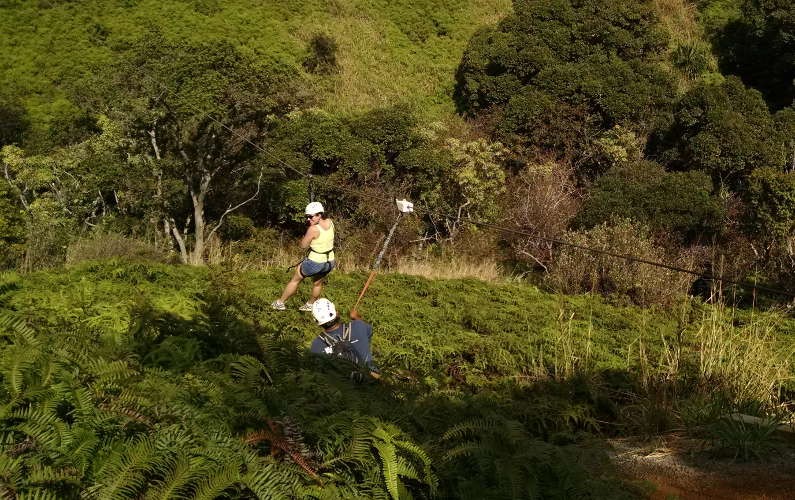 What are you waiting for? Short of fear of heights, recent surgery or having no endurance, get yourself over there and have a blast! 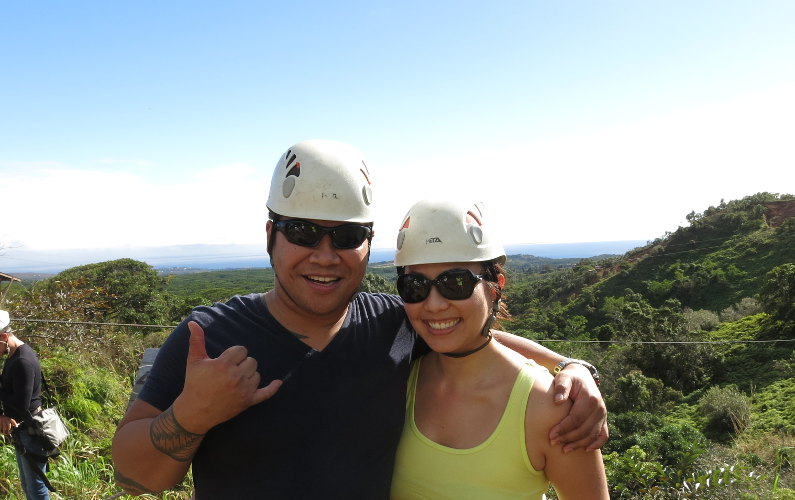 How much do you love ziplining! 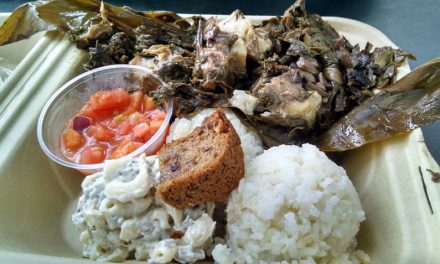 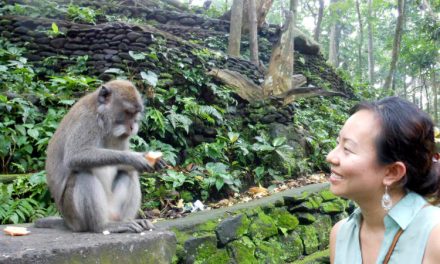 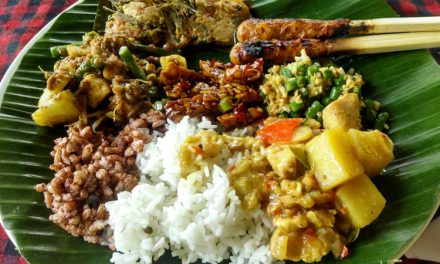 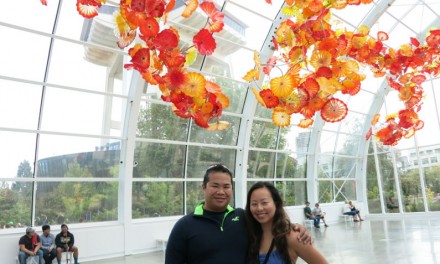